When talking about big names in the music provider industry, there are few that can hold a candle to Spotify; one of the largest providers of streaming music in the world. If you are a customer of Spotify (or even if you’re not, this news might compel you to think otherwise) we have good news – Spotify is evolving into much more than just a music streaming service, with the inclusion of podcasts and video streaming, courtesy of its dedicated partners.

Today, in New York City, Spotify’s CEO Daniel Ek took to stage (along with a number of other executives) to announce their plans for Spotify’s future, claiming that they want the service to become your partner in finding the right content for every moment of your day. With this goal, Ek demoed a new version of Spotify that caters playlists specific to a your mood on a given day, taking an approach more aligned with Songza. Then, there are podcasts, which the service now fully supports. Finally, the third feature that caters to video streaming is called “video capsule,” which delivers curated streaming content offered by the host of Spotify’s new content partners, including the likes of Vice News, Comedy Central etc. 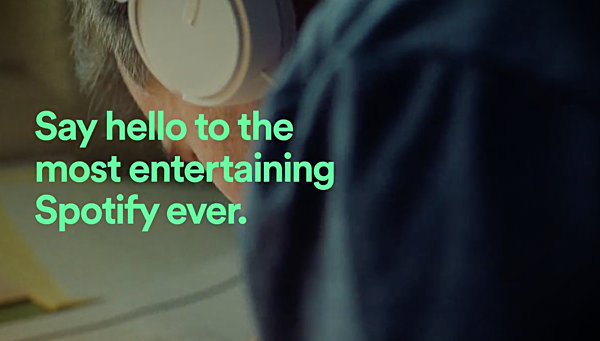 In the streaming music industry, competition is becoming more and more fierce by the day, with new entrants popping every now and then, and older ones connoting to evolve to keep up. Consider, for example, Tidal – the subscription music service from Jay Z, and Apple’s attempt at revamping Beats Music with a fresh start in the near future. Not to forget, the company’s iTunes Radio, while still under-utilized, holds massive potential, simply because iTunes is a huge collection of online music ready to be consumed.

Then, there are other names which, despite their somewhat niche following, are still poised to give competition to the likes of Spotify. Google Music is one player in this arena. Rdio is another force that should be reckoned with. In light of such players in the industry, it made logical sense for Spotify to evolve. The question is, will it help the service retain and grow its subscriber base?