We’ve seen plenty of rumors and reports of Apple introducing an iPhone with a physical keyboard over the years. The latest of such rumors came in February last year when a Taiwanese blog claimed that an iPhone 5 (now known as the iPhone 4S) with a slide-out physical keyboard was being tested.

That prototype never made it into the final release and we’d wager Apple would never release an iPhone with a physical keyboard for reasons Steve Jobs discussed in the original iPhone keynote from 2007: they are bulky, waste screen real-estate and, as a consequence, result in a very rigid user interface.

Still, this hasn’t stopped third parties from working on making an add-on physical keyboard for the iPhone. We’ve seen accessories like the Keyboard Buddy Case, 4iThumbs, the full size iTYPE and the conceptual, inspired by iPad 2 Smart Cover SmartKeyboard. Today, we’ve come across another attempt at creating the perfect aftermarket iPhone keyboard. Check it out after jump. 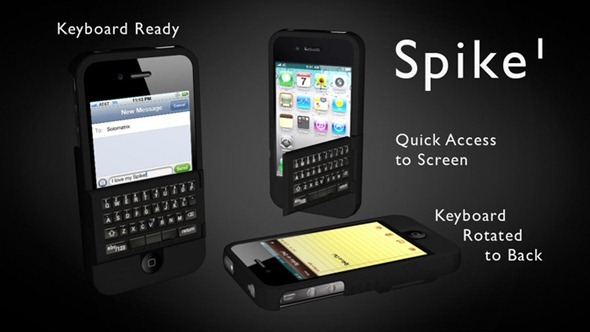 Designed and developed by SoloMatrix, this all new series of physical keyboards is called Spike. They are available in three different models, varying in the type of material used and the way they fold away after the user is done using them.

The folks behind SoloMatrix were very careful in designing the Spike keyboards as they wanted them to complement the iPhone’s design, rather than stick out like a sore thumb like all other keyboards we’ve seen so far. The solution they came up with was to make the keyboard a part of the protective case. The Spike 1’s keyboard is rotated to back (leaving a bump on the back) while the Spike 2’s keyboard handily becomes flush with the back. 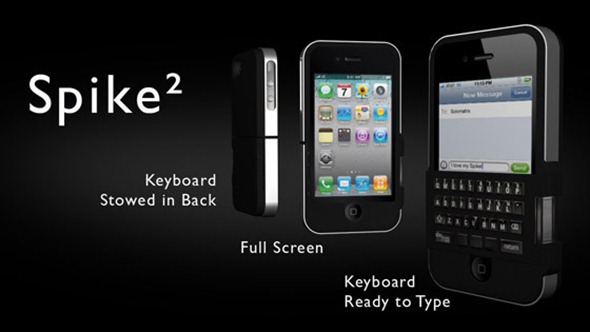 By combining the keyboard with a protective case and promising a price-point in the “same range as the majority of ordinary iPhone cases”, SoloMatrix’s Spike will surely appeal to those of you who have fat thumbs and are left in want of a BlackBerry-like keyboarding experience. 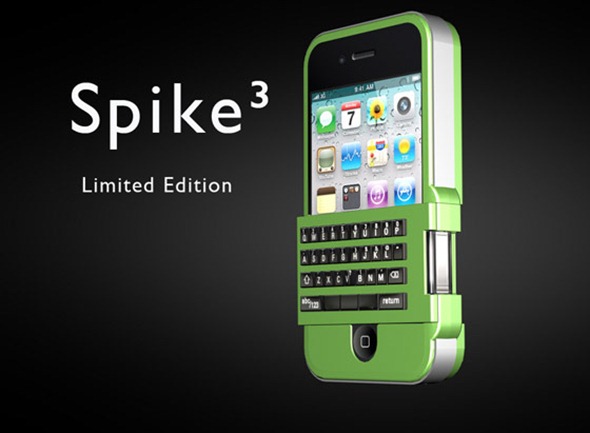 Spike is Kickstarter project which means SoloMatrix need both moral and financial support. As of typing, they have 135 backers who have pledged more than $7,000. Their goal is $75,000 with just 35 days to go. If you like the idea but don’t have the means to pledge, don’t forget to share the project with your friends!