Not so long ago, image editing and manipulation was something only done by those with apparent Photoshop mastery, but with so many apps allowing various effects to be applied in a one-click fashion, even the Average Joe can cut corners and put together some rather nice designs.

Despite the iPad 2 packing a pair of comparatively sub-par cameras next to the new iSight camera of Apple’s third tablet, Snapseed by Nik Software, Inc. still managed to achieve the award of Apple’s iPad App of the Year for 2011. Following a stint over the new year where it was made available for free, it has continued to be downloaded and used by many iOS users, who will be pleased to know that, a month after the release of the new iPad, Snapseed has been updated to support its beautifully-sharp Retina display. 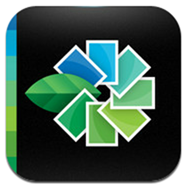 Many app developers flocked to post their Retina ready updates on the 15th March – the day the new iPad was released to the public – however, better late than never, the Snapseed app now also fully supports those running the fruit company’s latest and greatest tablet, as well as iOS 5.1.

As we’ve said in the past, this app doesn’t boast a massive array of features, but what it does, it does very well, and in tablet terms, is one of the most well-rounded image-editing apps going. No need to take our word for it, though, since of the hundreds of thousands of apps available within the App Store, it came up trumps in the fruit company’s own shortlist of the best iOS apps of last year. 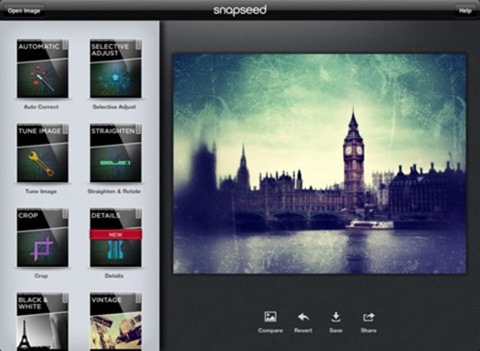 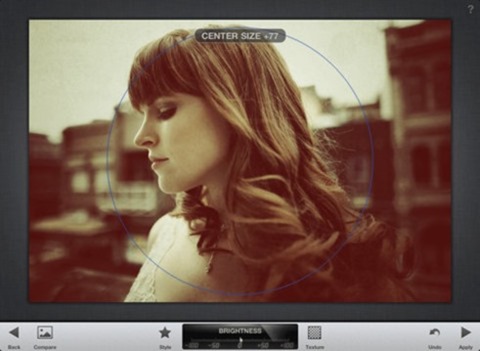 As well as the compatibility with the new iPad and version of iOS, there are a few other new implementations and bug fixes of note. Center focus has been much improved, and you can now draw specific attention to the subject of your snap by tweaking the brightness of the inner or outer area of your image. Presets have also been added to the fray in order to help give users a starting point, as well as save valuable time. 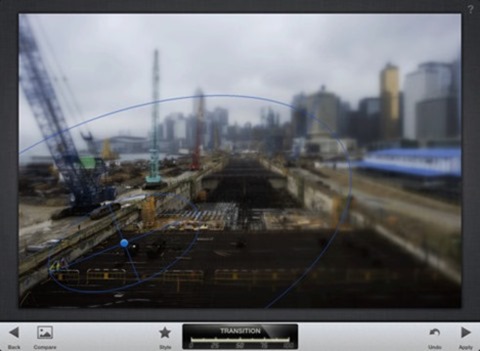 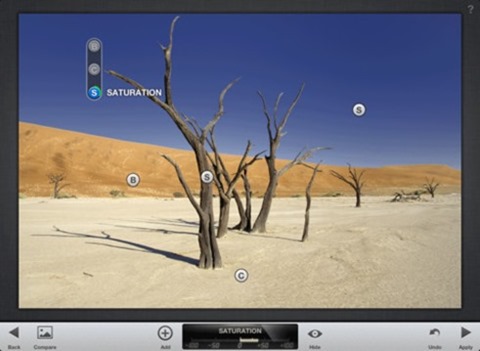 There’s Arabic language support, and those out there using Snapseed to edit images before posting them on Instagram will be pleased to know that the bug causing some of those 1:1 square shots to show unsightly lines has now been fixed.