When the Apple iPhone first launched in 2007 it came with pretty much the same Messages application that we all know and use so frequently on a daily basis. Apple have obviously come to the conclusion that the current app is powerful enough as the Messages app hasn’t really changed much in the six iterations of iOS and although we have seen a few visual changes and the introduction of iMessaging, the app has stayed fairly true to the original release all those years ago. The jailbroken Cydia store does play home to a number of SMS based tweaks and enhancements, with one of the newest being the SMSOptions Pro package.

Packages like BiteSMS and iRealSMS offer extensive power and functionality and exist to be a full replacement for the stock Apple Messages application. However, if replacing the main app is not on your agenda and all you requires is a little additional control over texting then SMSOptions Pro could prove useful. The package basically comes with three main functions that all hook directly into the stock Messages app: being able to delete all messages in one go, arrange and distribute auto-reply messages and hide or unhide private messages.

The first little addition comes in the form of being able to delete all message conversations in one go. For some reason Apple only allow messages to be deleted one-by-one meaning that those with extensive inboxes could be there for quite some time. The second enhancement allows jailbroken iPhone owners to quickly hide or unhide messages that they deem to be private with just one click. Finally, the developer has also seen fit to include the ability to send out an auto-reply to incoming messages if the recipient is busy or doesn’t want to seem ignorant by not replying. 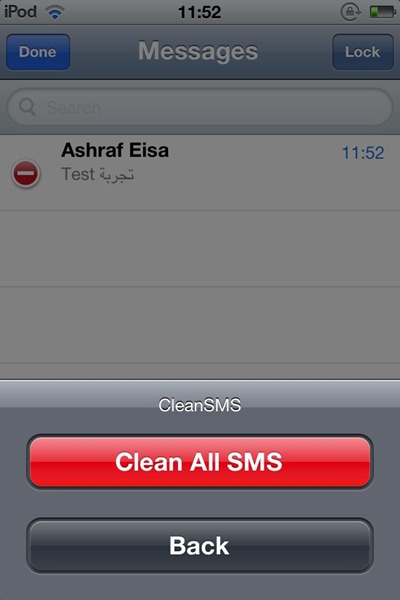 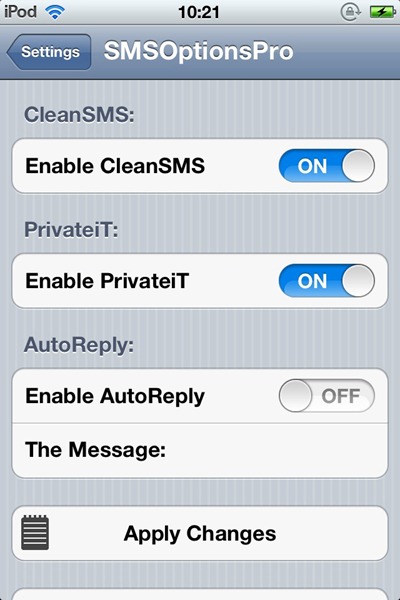 The functionality isn’t extensive and packages like the aforementioned BiteSMS will be better suited to those who want to entirely customize and change their messaging experience on the device. However, for those who want the included enhancements then SMSOptions Pro is available now.

SMSOptions Pro is available from the MacCiti and ZodTTD repository with no specific mentions of iOS requirements.