Smartphones In 2015 To Be As Powerful As Xbox 360; iPhone 8 Could Be Your Next Gaming Console [REPORT]

The rate at which their power is increasing is phenomenal in itself. With every release of the iPhone, for example, we see almost a 2x or 4x increase in performance over the previous generation. If this performance increase keeps repeating itself, soon we will see smartphones overpowering 7th generation gaming consoles such as the PS3 and X360, so says the President of a popular game development studio. 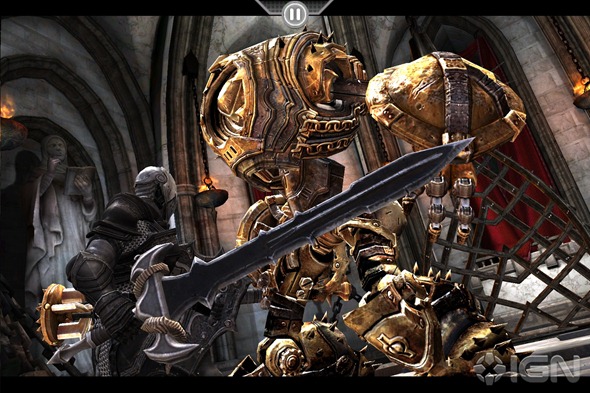 We’re already hearing news from mobile CPU manufacturers like Nvidia, Qualcomm and Texas Instruments regarding quad-core SoCs which are expected to start reaching higher-end smartphones by the end of next year or sometime in 2013.

In an interview with Industry Gamers, Mike Capps (President, Epic Games) had the following to say regarding the topic in question:

"So I think that’s the real challenge for us now, rather than worrying about the difference between a couple consoles and some order of magnitude, whether 3X or 4X. It’s about how do we deal with iPhone 8… if you watch where the gamers are going that’s where they are. Your iPhone 8 will probably plug into your TV, or better yet, wirelessly connect to your television set to give you that big screen gaming experience with good sound. So really, what’s the point of those next-gen consoles? It’s a very interesting situation to be looking at. That’s what we’re starting to think about more… not how do we scale from some Nintendo platform to some other future console," he concluded.

CEO at EA John Riccitiello has somewhat similar views regarding the explosion of the mobile gaming industry when he stated, just over a week ago, that the iPad is the company’s fastest growing game platform and that, “Consoles used to be 8-% of the industry as recently as 2000. Consoles today are 40% of the game industry.”

Of course, this doesn’t mean that the next generation consoles are pointless. The PlayStation 4 or the Xbox 720 will certainly be miles upon miles ahead of whatever gaming experience the iPhone 5 or Samsung Galaxy S III will provide. What Capps is referring to is how things will change, with a focus on mobile gaming, in the coming years.

I, for one, can’t wait till I can launch raging birds at wicked pigs at 2160p.