Skype has today pushed out an update for its popular iOS apps, with both the iPad and iPhone versions receiving new versions. The list of additions is a fairly short one, with two being particularly useful to many, and one being more of a pain than a feature.

With the update, bringing us up to version number 3.5.84, Skype has added the much anticipated ability to make calls using a Bluetooth headset or headphones, which is something that many, including the entire Redmond Pie team, would argue should have been there since day one. If we can make calls using wireless headsets using our cell connection, why wouldn’t we want to do it using Skype? 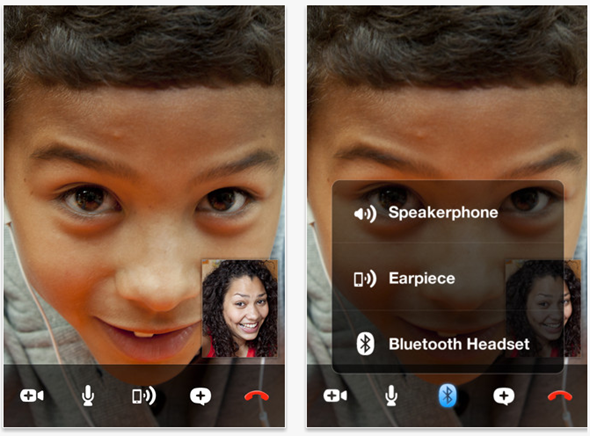 Software-based anti-shake correction has also been added, with the hope of reducing the nausea-inducing movement that often comes hand-in-hand with video calling. We’ve all been using Skype, FaceTime or another system when the other party just can’t keep their device still. Skype believes their technology can help to overcome that, and that has to be a very good thing!

The major downside to this update however, is the addition of ads to the app. If you’re not someone who has a Skype subscription, or somebody who always has Skype credit attached to their account, then once updated you’ll be subjected to visual ads inside the app, though Skype has taken great pains to promise that we won’t be getting audio ads during our calls. Having said that, we wouldn’t be surprised if that changed at some point in the future!

We’re big fans of the Skype iOS apps here at Redmond Pie, and especially the recently released iPad client. We just hope that the addition of ads doesn’t detract from the experience too much.

Still, rather that than pay for it!

Skype can be download from the App Store now, for both iPad and iPhone/iPod touch.