The introduction of multitasking and background processes to Windows Phone 7 in the upcoming ‘Mango‘ update have clearly caught the eye of some big players in the mobile app space, with some new apps being announced today by Microsoft. 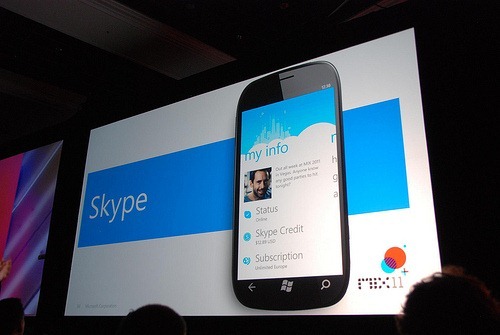 The big announcement is the impending release of the platform’s first Angry Birds title with a drop-date of May 25th. Already a huge hit with Android and iOS users, Angry Birds coming to Windows Phone 7 goes some way to legitimizing the handsets in a market where phones can live or die by their apps. Regular users know the brand, and judging by sales numbers they seem to like it!

Also announced were new WP7 apps from Skype, Spotify and Layer with the multitasking enhancements of ‘Mango’ sure to have been key in the decision for the respective companies to bring their apps to the platform.

“We will soon deliver a new set of Windows Phone Developer Tools that will enable developers to create a new generation of apps that are even faster, more capable and better integrated with Windows Phone.”

With updates bringing features such as multitasking and copy & paste to Windows Phone 7 it’s clear Microsoft has listened to the complaints of users and pundits alike. Bringing their OS up to the high standards already set by Android and iOS must be Microsoft’s main priority along with getting key apps to its Marketplace.