Apple’s latest big thing is undoubtedly Siri, the digital assistant locked deep inside the new iPhone 4S. As soon as people began getting their hands on the iPhone 4S and, more specifically, Siri, they started to ask her (or him) increasingly random questions, just to see what the response was. 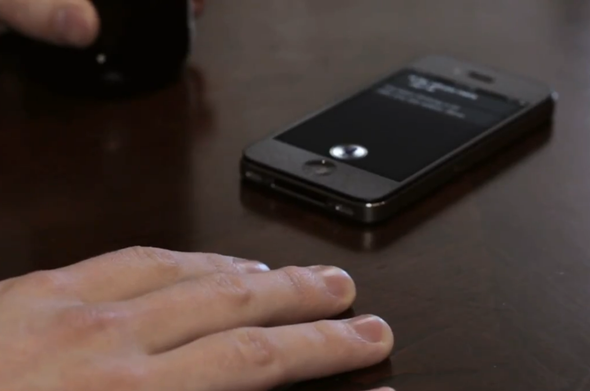 This led to more than a few blog posts and videos doing the rounds, showing off just what happened when you asked Siri where you could hide a dead body, or asked it to tell you a joke. It was all (mildly) amusing, and we all giggled. Now, two weeks since the initial launch of the iPhone 4S, we thought all that silliness was behind us, but alas, it seems we aren’t quite as safe as we thought.

Now we have a new video which is an interesting riff on the old ‘Siri, will you marry me?’ question.

The video follows a group of friends who are asking Siri some comedic questions, except they get more than they bargained for, way lot more actually.

Now, before you watch this video, let me add this. Yes, it’s entertaining, and yes, we have to commend the people behind it for putting together a nice little video. That said, we’ve no idea whether anyone else has managed to make Siri do what it did in the aforementioned video, and to be honest, we’re not even sure whether this is legit in the first place.

That said, it’s worth watching, so long as you’ve nothing more important to do with the next 120 seconds of your life.

Oh, and make sure you watch to the very end!

Now we’ve all sat and watched yet another video about Siri’s often off answers to questions, can we, as the internet as a whole, please make a pact? Moving forward, can we all agree to stop with the Siri videos showing the same thing, over and over? Yes we know Siri has some canned responses to some interesting questions, and yes it was funny the first 143 times we saw them. But we’ve seen them now, we laughed and we cried.

But really, are there not more interesting, and hopefully useful things we can use Siri for?

No? That’s what I was afraid of.