Although, when initially manufactured, smartphones are designed to work with a particular type of SIM, the carriers narrow things down by locking devices down to their particular network. The process of trying to unlock can be difficult indeed, and as such, consumers look to the expert developers and modders to offer a solution.

Picture the scene. You upgrade your device on one carrier, let’s call them, for argument’s sake, AB&B, but your daughter – who is far more technologically-orientated than yourself, wants your shiny new device, to which you begrudgingly oblige. Unfortunately, your daughter is contracted with another carrier – Dash – and of course, you both want the new device to work with her carrier. Herein lies the problem.

You call up AB&B, requesting they unlock your device. You’re contracted to make the payments anyhow, so you would think, perhaps, AB&B would happily unlock your device – even if a small fee is incurred. Unfortunately, that’s not how things play out, and although some carriers and circumstances allow a carrier unlock to be achieved, chances are, you’re going to be stuck with a locked device, which then becomes the clichéd expensive doorstop.

The developers, without whom, I don’t know how we’d cope, come up with varied unlock solutions, and although a wait is often involved, there’s invariably light at the end of the tunnel. For those rocking an i9300 strain of the Samsung Galaxy S III, you’re among the luckier folk who can now unlock their device, and the clincher is, it gets as complicated as installing an .apk file from the Google Play Store. 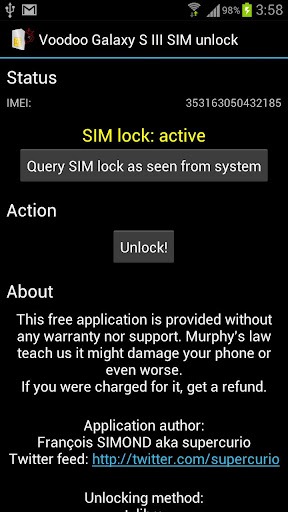 As you may expect, you will need to have a rooted device, and although precious date is backed up prior to the unlocking procedure, the auto-restore feature is not yet fully operational, thus the unlock solution is labeled as a beta at present.

Still, it works just nicely, and if you’re rooted and raring to go, hit up the link below and you’ll have your i9300 Galaxy S III unlocked in a matter of moments. 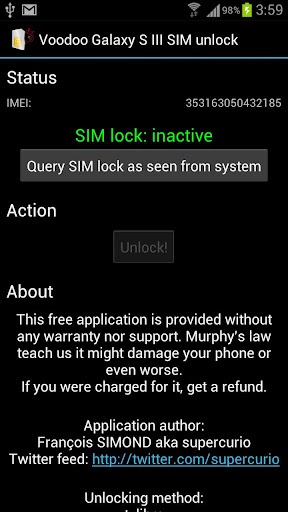 Note: Do not install on variations of the S III other than the I9300 model. It will not work.