Nerf guns – or should that be funs? – have been around for years now, and we’ve all likely had some fun times trying to shoot our friends with those little red darts. The Nerf Rival Phantom Corps Hades XVIII-6000 might be the worst named Nerf gun of all time, but it’s also one of the best. Just look at the thing.

This Nerf gun doesn’t just look good, though. It carries a capacity of 60 rounds, which you’ll need considering how many shots you’re going to be taking. Each round can be propelled at up to 100 feet per second, or 30 meters per second, if you prefer. That’s quite the pace to have a little ball come flying at you, so be sure to fire back, too! 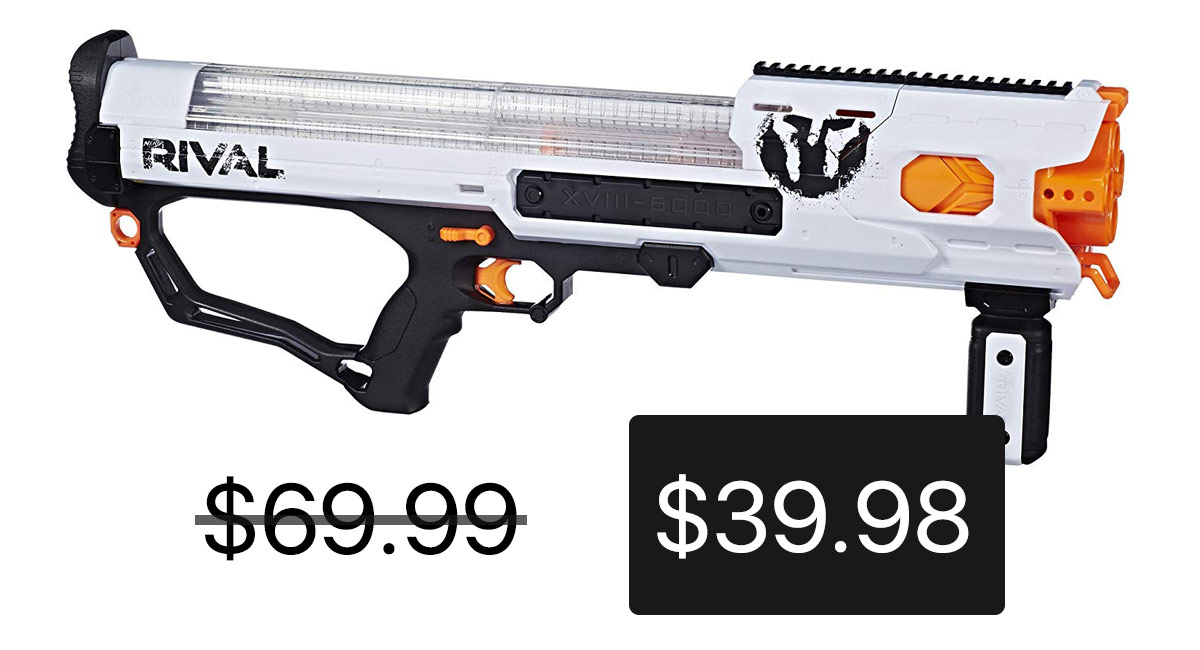 Right now, this can be yours for just $39.98, which is around $10 off the normal price at many retailers, although Amazon does have the original price down as almost $70! That saving doesn’t sound like a lot, but when the item is something this awesome, every little helps.

You’ll probably need more rounds, so how about an additional 100 for $14?