Security Flaw in iOS 4.1 Allows Phone Calls Even When iPhone is Locked [Video]

Folks at MacRumors Forums have found a major security flaw in iOS 4.1 which allows you to make phone calls even when phone is locked. 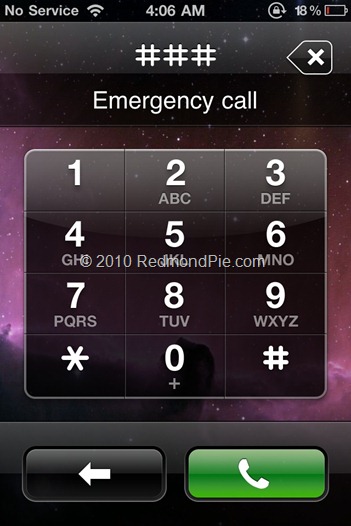 I think I just found a security flaw in ios 4.1.
When you iPhone is locked with a passcode tap Emergency Call, then enter a non-emergency number such as ###. Next tap the call button and immediately hit the lock button. It should open up the Phone app where you can see all your contacts, call any number, etc.
My iPhone is jailbroken so that could be causing it. Can anyone confirm that it works on non-jailbroken iPhones?

I have just tried it on both a jailbroken and a non-jailbroken iPhone and can confirm that both are effected by this bug on iOS 4.1. Steps to reproduce the bug on a password protected iPhone are as follows:

Apple has been reportedly notified about this issue. They are most likely going to patch it in the upcoming final release of iOS 4.2.

Here is a video of it in action: