If you want to reclaim some long lost storage space on your Android smartphone and happen to be someone who is installing and removing apps more often than most, then SD Maid may be the app for you. By completely removing traces of uninstalled apps, SD Maid promises to reclaim some of that storage space that you probably never thought you would see again.

Android users tend to be the kind of people that like to chop and change software. They like to try out new apps, new tools and new tweaks, but they don’t want to keep them around on their phone’s limited storage for eternity.

While Android does obviously allow users to uninstall apps at will, assuming they are not part of a carrier ploy to fill your new smartphone full of trash, of course, the built-in app removal system does not always get things 100% right.

If, like us, you tend to keep adding and then removing apps constantly, then SD Maid may well be an app that is worth your tine to check out – especially if you find yourself running out of storage more often than you think you should.

What SD Maid does is take control of cleaning out all the little bits and pieces that apps tend to leave on your smartphone even after they have been uninstalled. Even though Google’s Android system does its best to remove everything, there is usually still something left behind after an app has been uninstalled. SD Maid does its best to remove anything that is left behind, reclaiming valuable storage space in the process. 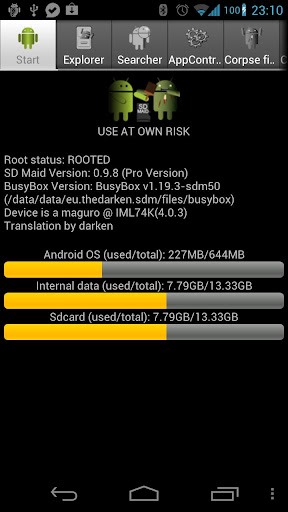 SD Maid scans the /data/data and /mnt/sdcard/Android/data/ directories that are common to all Android devices, as well as the /dbdata/databases/ directory that is apparently exclusive to those devices made by Samsung. The list of files that the app will scan for, and then remove is fairly extensive, with log files, caches and temporary or incomplete downloads being the most obvious. Any Windows thumbnail files or similar will also be removed, too.

SD Maid is free, and is a must-use app for those of us with limited storage space but a love for trying out anything that is new and cool on Google’s Play Store. 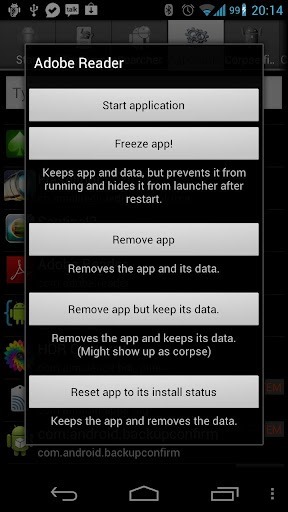