Based On Reports And Rumors, This Is What The Next iPhone May Look Like [IMAGES]

New iPhone 5 concept images, created by the owner of a Kickstarter project, show what we suspect would be many people’s choice for the design of the unannounced smartphone, even if we can’t see Apple ever going for it.

The iPhone 5 is not due to find its way into everyone’s hands until October, which gives us a good few months of rumors before the truth is out. Another bonus of not knowing what Apple has up its sleeve is the seemingly never ending queue of people putting out iPhone concept designs, all invariably rather average. But every once in a while, one crops up that grabs our imagination. Like this one. 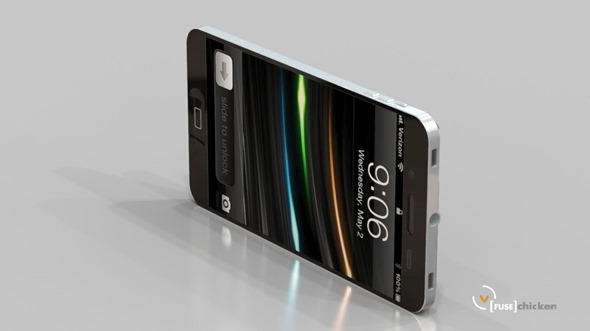 Created to go alongside the launch of a Kickstarter project for a new type of iPhone stand, these iPhone concepts show a handset that is loosely based on the existing iPhone 4S model, but with some alterations thrown in for a little fun.

Not only do the concept images look absolutely gorgeous, but the designer has also gone so far as to suggest some possible hardware specifications that would go nicely with those looks. 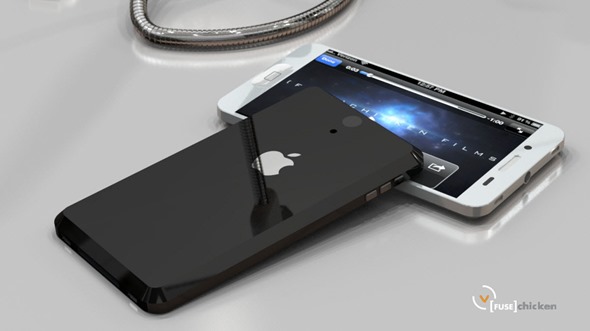 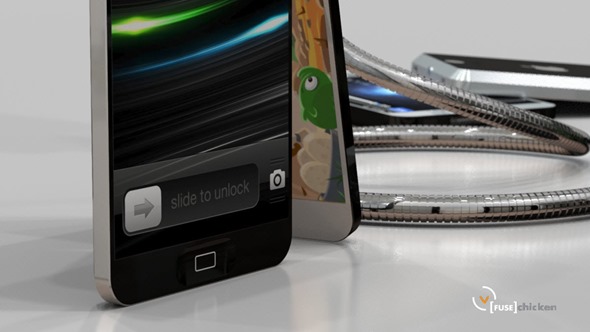 The specifications that go along with those designs are: a 10-megapixel rear iSight camera along with a 5-megapixel shooter on the front. Screen-wise, we are looking at a 4-inch multi-touch display. The interesting specification that catches our imagination is the idea of quad speakers which would mean stereo sound in both landscape and portrait orientation. We like that idea, though we suspect Apple would avoid it simply because they wouldn’t want a speaker grill on the side of the handset. Shame, really. 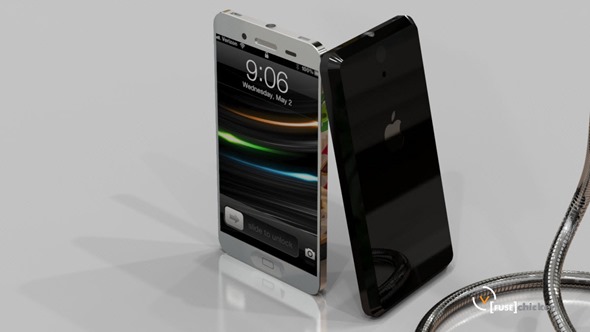 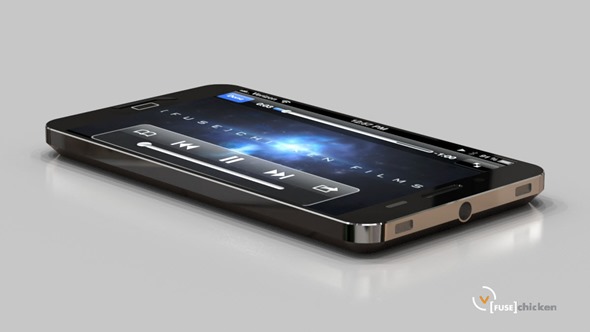 The hole you will notice at the top of the device is, obviously enough, the headphone socket. Rather than place it to one side as almost every other design we have seen, though, the designer has gone for the more unusual placement of dead center. We love the aesthetics of that, but again, Apple are probably never going to do it unless they decide to move the sleep/wake button.  But hey, stranger things have happened!

The concept looks great and definitely gives the consumer the idea what to expect from the upcoming device. But, what do you guys think about it? What would the next iPhone look like?