As announced by Samsung back in February, the electronics giant has officially spun off its highly successful display manufacturing business as an entirely new corporation. Samsung Display Co., Ltd, poised to fully commence independent operations on April 3rd brags in its press release that overnight, it has “become” the world’s biggest display manufacturer, with 20,000 employees and five production facilities worldwide.

The LCD division – during its time at Samsung, of course – reported annual revenue of around $20 billion USD in 2011. So, now that Samsung’s display division has split from its parent company, who will head the “new” company? Former executive VP and head of the division Donggun Park has been elected CEO of Samsung Display.

At an inauguration ceremony to celebrate the spinoff, Park had this to say:”We will make Samsung Display a well-respected company through continuous efforts to supply a wide variety of customized products that provide great value to our customers. By continually staying one step ahead of our competitors, we can make our company the very best in the display market.”

Samsung Display remains 100% owned by Samsung; in fact, the logo is pretty much the same, as well. It’s safe to say that this change was merely for operational purposes, likely so that the new company could completely focus on display production seeing how big of a business it was for Samsung. Similarly, LG also spun off their display division of the company back in 1999; a joint venture with Phillips until they sold all of their shares in 2008. 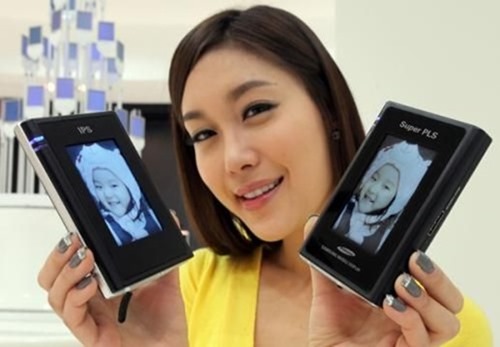 Beginning as an R&D arm of Samsung back in 1991, Samsung Display has been in business for 21 years. Some of their market share figures are phenomenal; Samsung produce 40% of the OLED displays made in the world and has a staggering 98% share of the overall global AMOLED market. They also have maintained the top position for four consecutive years in TV market share, selling 31 million flat-panel TVs back in 2009 when their stronghold in the top spot commenced.

Of course, displays aren’t the only thing that Samsung are highly successful at. Samsung’s semiconductor, DRAM, NAND Flash, lithium-ion battery, hard drive, mobile phone, and digital camera businesses are also quote prominent – if not dominant, in some cases – in the industry.