With a strong suite of exclusive apps under the “S” brand – apps like Smart Stay, Social Tag, Smart Alerts, S Voice and S Beam – Samsung is making good use of the power of software to differentiate their Galaxy S III smartphone with high-end offerings from other Android smartphone manufacturers.

Now, Samsung has added another app to the list called S Health. It was discussed at the Galaxy S III keynote but has only released now. Check it out after the jump. 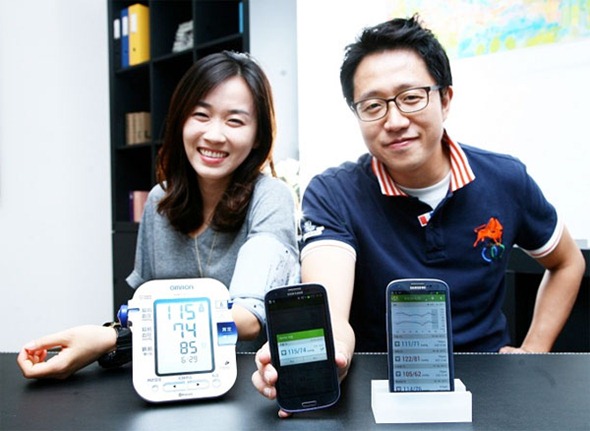 The app is called S Health and what it does is basically let you track different facets of your health by connecting with a handful of external measurement devices. It connects with these devices through USB or Bluetooth to transfer data like blood pressure, blood glucose and body composition. This data is maintained on your smartphone and can be visualized in the form of graphs and tables.Users also have the option of manually entering data for your daily diet, exercise, medication etc.

To motivate users in maintaining their health, S Health has Twitter integration* so you can post your success stories. Health updates can be automatically posted online. A great feature, but would’ve been better if it had even deeper social integration.

S Health can be downloaded in the UK from the More Services app included on your Galaxy S III. It will be released in other countries soon.

It’s worth considering that with the passage of time, apps like these are usually available for devices on which they aren’t meant to be, so, we’re expecting that S Health will be available for devices apart from the Galaxy S III. It would be awesome if Samsung takes the plunge and releases the app on the Google Play Store.

*If you ask me, I suggest you keep your health updates to yourself. I (and I’m sure most people) don’t care if you lost 2 pounds in 4 weeks. At least, that’s what I believe.