Instagram is one of the most popular methods of editing and sharing photos in a quick manner, but Facebook’s recent acquisition isn’t without its drawbacks. The comments system, as an example, is in grave need of refining, and although the user-interface hasn’t really changed in recent months, that doesn’t necessarily mean the app – which fairly recently made its debut on Android – is the finished article.

The in-app notifications system, for example, is quite limited, and if you’re a serial uploader with photos garnering many comments and likes, it can be difficult to keep track of them – not that I would know, of course. InstaCommentor, a reasonably new App Store entry by development team GMY Studio helps you keep on top of your comments; ensuring you don’t miss any out when trying to reply to each. 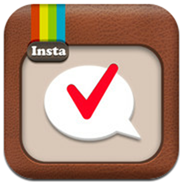 Once you fire up the app, you log in with your Instagram username and password, allow InstaCommentor to access your account, and from there, it will load up your images. Initially, you only get the most recent twenty (this saves time), although if you’re the sort of person who gets through more than that amount on a daily basis, you can load up older images in batches of twenty, each of which will take several seconds to load.

The images show as a thumbnail, and each has a bar at the bottom which allows you to jump to said image in the Instagram app, but the main point of InstaCommentor is, surprisingly, the comments feature. You can check which comments of your images you’ve replied to, and which you haven’t thus ensuring your friends aren’t waiting for a reply in vein.

InstaCommentor will count up the number of replies you have made in an image, and since the official app is rather difficult to maintain for the power user, will make sure, if nothing else, that you’re in charge of your comments.

The interface is nice, clean, and kind of reminds me of some of the better Twitter apps out there in terms of interface. Colors are subtle, aesthetically-pleasing, and the app in general is wholly noob-proof.

It costs just 99 cents from the App Store, and while I don’t have nearly enough Insta-buddies to warrant such an app (two comment replies a week isn’t a lot to remember), if you find you miss or forget to reply to your commenters on a frequent basis, this one’s for you!