Samsung was solely responsible for creating the “phablet” genre of mobile devices when it announced the original Galaxy Note at IFA Berlin in 2011. A device that combined the large screen of a tablet with the traditional functionality of a smartphone seemed like a great idea at the time; and even worked extremely well in practice thanks to the execution of the idea with the Galaxy Note series. However, it seems that Samsung simply isn’t happy with the state of the phablet market and have taken things to the next ridiculous level by launching a 7-inch device that it expects consumers to make and receive voice calls on.

The Galaxy Tab Q has officially been launched into the Chinese market as part of the company’s ever expanding tablet family. The device features a 7-inch 720p HD TFT display, powered by a 1.2 GHz quad-core processor that lives under the faux leather exterior shell of the device. The rear of the Tab Q is fitted with an extremely capable 8-megapixel shooter, which is complimented by a forward-facing 2-megapixel offering and a microSD slot to extend the internal storage capacity of the device. 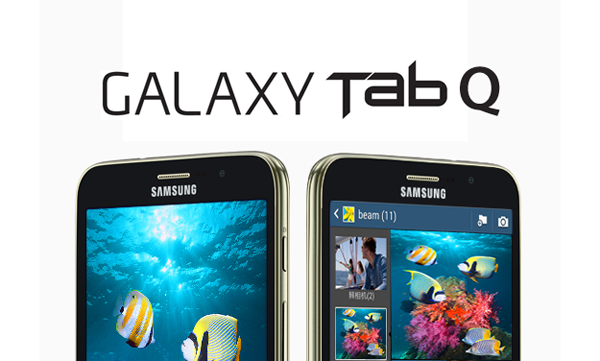 In addition to the above technical specifications, the Tab Q will arrive with Bluetooth and Wi-Fi connectivity as well as 4G LTE support as part of the deal with China based China Mobile and China Unicom. It sounds like a very capable piece of equipment that should compete nicely against other 7-inch offerings in the market place, but get this, Samsung has built in a microphone and voice calling capabilities, meaning the company clearly expects users to be walking around with this behemoth attached to the side of their heads. 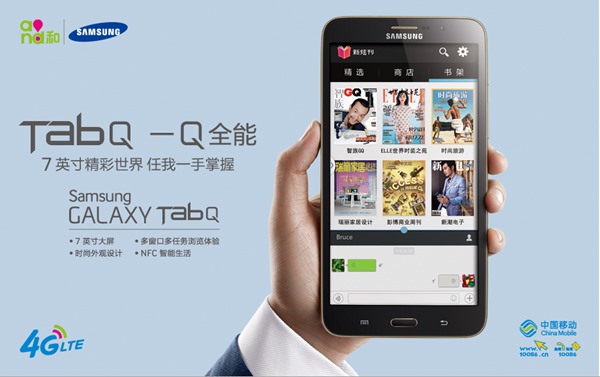 The fact that the Galaxy Tab Q hardware is currently only available in China is a small consolation for those who simply could not tolerate seeing members of the public walking around chatting away with 7-inches of South Korean hardware glued to their faces. The company has already announced plans to extend the availability of the Tab Q and introduce it into the United States at a later date. 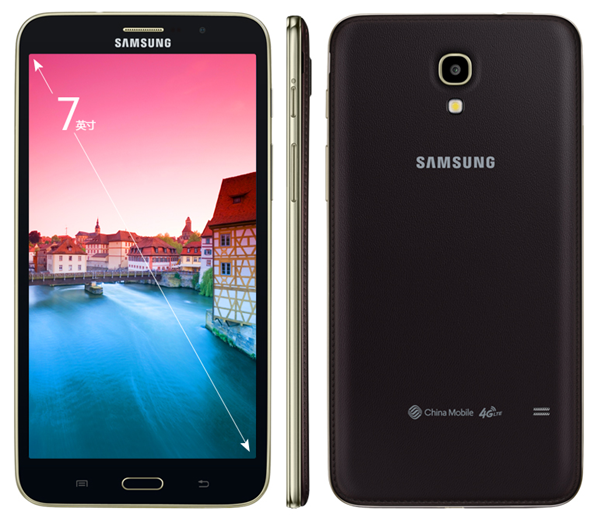 On paper it looks like an extremely capable entry-level 7-inch tablet, but we fear that fans of the phablet will be all over this one. Please, for the love of all that we hold dear, if you happen to welcome a Tab Q into your life please don’t use it as a smartphone. 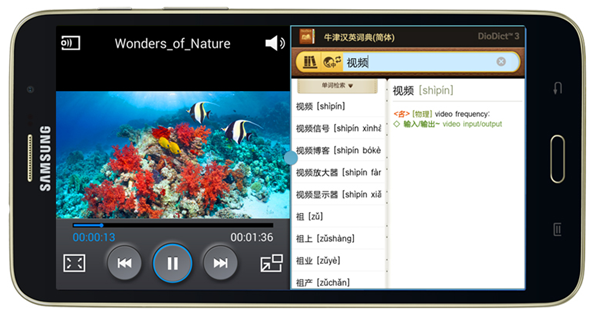 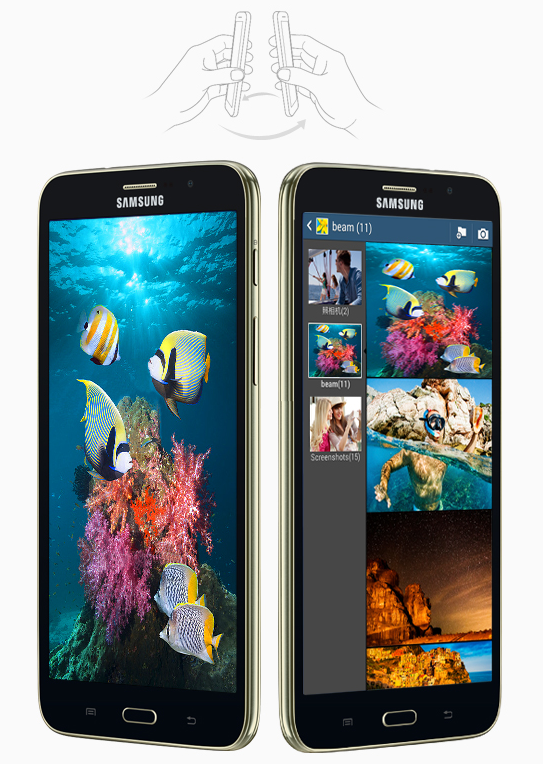 As if the Galaxy Mega wasn’t enough!