Oh Samsung, why do you do it to yourselves? As if having more lawsuits going on than The Pirate Bay wasn’t enough to contend with for one day. The Korean firm has now managed to put its foot in it once more, this time when showing off its new media player, the Galaxy Player 5.0. 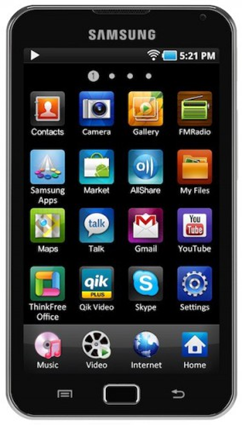 At first glance, you may not see anything amiss. It’s a Galaxy Player 5.0 right enough, there’s no doubt about that. But what’s going on with that screen? What do I spy? Oh, it’s Google Maps isn’t it? 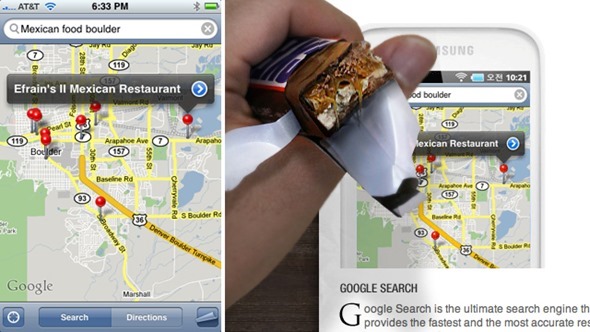 Well, yes it is, but those with an eagle eye will have already noticed there’s one glaring mistake. Something not quite right, if you will. Have you spotted it too?

Yep. That’s right folks, Samsung, the very company currently locked in a fierce legal battler with Apple over all kinds of trade-dress lawsuits, has managed to put out some promotional material showing off the iOS version of Google Maps, running on its Android-powered personal media player. There’s something particularly crazy about showing off an iOS version of a Google app, when you’ve got Google’s own mobile OS on there.

Oops. You have to guess that Samsung are hurting over that one!

As if that wasn’t bad enough – and you have to admit, it’s pretty darn bad – it turns out that the screenshot in question isn’t even their own!

No, instead they ripped the iPhone screenshot straight from Laura Scott’s blog back in 2008; cut off the top section and bunged it into the promotional material.

We’re not making this stuff up folks. We’re really not.

Quite how things will move on from here, we’re not really sure. For starters, we’d assume for someone at Samsung’s public relations firm to be getting it in the neck, at the very least.

This isn’t the first time a rival to Apple has used their artwork. Recently we’ve had Samsung using icons from Apple’s App Store in the backdrop of their in-store displays, a move which once again led to much embarrassment for the firm fighting a legal battle claiming they’re copying Apple’s iPhone and iPad.

They really don’t help themselves, do they? What next for the company so keen on putting their foot deep into their own mouths? OS X on its Windows Laptops, perhaps?