One of the marquee features of Apple’s iPhone 5s back in September was the Touch ID fingerprint sensor, and Samsung duly followed suit with a similar implementation to the Galaxy S5 released early last month. Now, reports suggest that the Korean outfit is planning to broaden the reach of the fingerprint-sensing tech. by also including it with a fleet of upcoming tablets.

According to a report over at SamMobile, the so-called "Galaxy Tab S" is currently under construction, and as well as a fingerprint sensor akin to the Galaxy S5, is also said to feature a 2,560 x 1,600 WQXGA display. There’s no doubt that, even with a fingerprint sensor, the display has been the most heavily-lauded feature of the new Galaxy S5, and with consumers now beginning to associate the company’s products with superior display tech, the Galaxy Tab S will likely be just as impressive.

Like the Galaxy S5, the Galaxy Tab S’s fingerprint sensor is said to be integrated into the home button – no surprises here – as well as offering largely the same features to boot. So, you’ll be able to unlock your device in a more seamless manner as well as make payments via PayPal, although with some of the early controversies that have already arisen with regards to the PayPal feature having been hacked, it’s no surprise that many have been skeptical of the security credentials of the fingerprint sensor.

The report also goes on to mention that the Galaxy Tab S will arrive in two separate size configurations; a smaller, 8.4-inch model accompanied by a 10.5-inch variant, something which Samsung has become used to in the past couple of years. 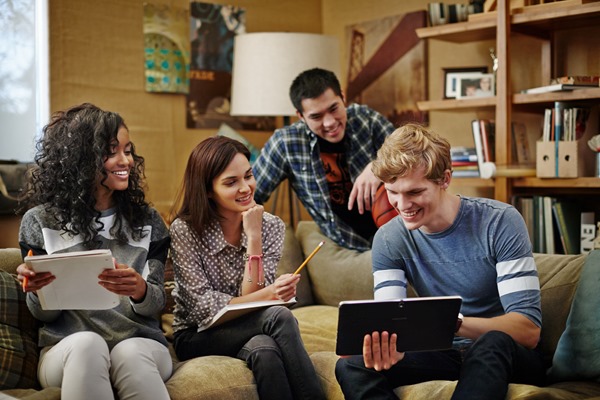 Unfortunately, some of the juicier details still remain a mystery. SamMobile believes that the new slates will be slightly slimmer than the Galaxy Tab 4, but aside from that, has no word on when the device will hit the market.

Even though there’s an underlying consensus that fingerprint sensors on tablets aren’t perhaps necessary, it’s a matter of natural progression that a feature well-received on one type of mobile device should, where possible, make its way to others. Thus, we’ll be keeping a keen eye out for any further updates on the Galaxy Tab S, and hopefully, pricing and availability details should be just around the corner.