Samsung Announces Galaxy Tab 2, Their First Ever ICS Tablet: Here’s Everything You Need To Know

The fundamental difference between how Apple sells its products and how other computer manufacturers sell theirs lies in the sheer product variety within the same general form factor. Apple believes in putting all its resources into making one unbelievably amazing product and updating it once a year while manufacturers like HTC, Samsung, Motorola believe in putting their resources into making a wide variety of amazing products which, naturally, end up looking and feeling pretty similar to one another.

This past year, it has been proven that Apple’s method is far better. It makes for better products, makes marketing the product far easier, reduces consumer confusion and, of course, brings in increased profits.

Between the iPad 2’s announcement and the iPad 3’s strongly rumored announcement early next month, Samsung has introduced a smorgasbord of Android powered tablets*. The latest of such tablets is the Galaxy Tab 2. Check it out after the jump! 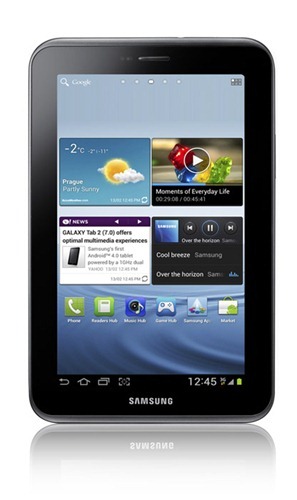 News of the announcement comes from SammyHub – a blog dedicated to covering all things Samsung – in the form of a short post in which they discuss the Galaxy Tab 2’s specs, pricing and availability.

On the software side, it will come preloaded with Android 4.0 Ice Cream Sandwich – the first Samsung tablet to be so – with TouchWiz UI and Samsung-exclusive apps such as Game/Reader/Music Hub, Kies Air, ChatON etc. on top. 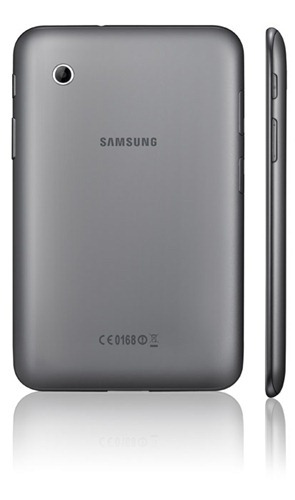 The Galaxy Tab 2 will release first in the UK in March, with “global launch” coming afterwards. Pricing, although not confirmed at the moment, will in all probability start at $399 for the 16GB, Wi-Fi version. We will update this part of the article as soon as more information is available.