Following bans on taking a Samsung Galaxy Note 7 onto airplanes in the United States and Canada, more and more airlines across the globe are beginning to follow suit by prohibiting anyone from taking one of the troublesome devices onto an aircraft.

Airlines in Australia, Europe and Asia have now all spoken out, saying that anyone trying to take a Galaxy Note 7 onto a flight will be prevented from doing so. In fact, in the U.S., you can actually get arrested or fined for carrying the smartphone onto a flight. 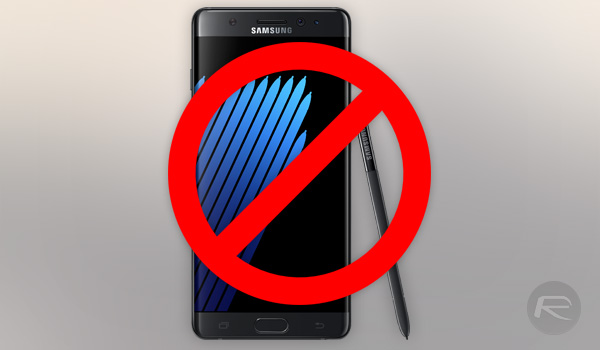 The news comes as Samsung’s flagship device is in the midst of its second recall, and with that being a recall that has signaled the end of the Galaxy Note 7 as a product, everyone is now being urged to return their devices to Samsung or the outlet at which they bought the device without further delay.

Assuming owners do as suggested, then the issue of Galaxy Note 7 handsets being taken onto airplanes will cease to be a thing soon enough, but with many users claiming that they may not return the device as soon as they could, if at all, we run the risk of having some maverick smartphone owners potentially putting lots of people at risk.

As for the airlines that are now banning the Galaxy Note 7 completely, confirmation has been received that Emirates, Singapore Airlines, Qantas, Virgin Australia, Tiger Airways and Jetstar have all imposed bans already. German airline Lufthansa is also believed to be on the verge of following suit.

Samsung is now in the middle of recalling over two million Galaxy Note 7 devices, and with those devices now having to reach their final destination via land and sea rather than via air, something that is always going to be a logistical nightmare is getting more and more difficult by the day. 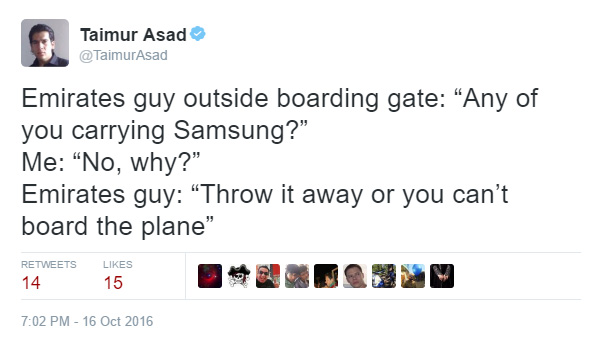