Samsung Announces Its Very Own “Bixby” Digital Assistant, Here Are The Details

Samsung today took the wraps off of its new Bixby digital assistant, and although we have not yet seen the software in action, the company has detailed the press in which it presents what it believes makes Bixby different to options from the likes of Google, Apple, Microsoft and Amazon.

The answer, according to Samsung’s InJong Rhee, executive vice president and head of R&D for Samsung’s software and services division, is that Bixby will be capable of doing more of what users would normally do via a smartphone’s touch screen without them needing to lift a finger, beyond pressing the Bixby button on their phones, of course. 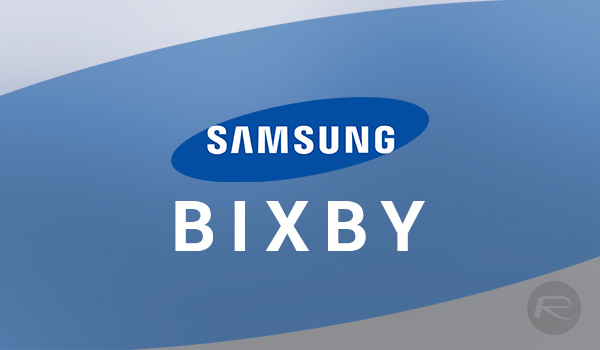 Samsung is expected to announce its new flagship smartphones, the Galaxy S8 and Galaxy S8+, at an event on March 29th and it is here that we expect that Bixby will be put through its paces on-stage, giving us our first glimpse of the latest entry into the fight to bring the world the definitive digital assistant. If Samsung’s today’s announcement is anything to go by, hopes are high.

When an application becomes Bixby-enabled, Bixby will be able to support almost every task that the application is capable of performing using the conventional interface (ie. touch commands). Most existing agents currently support only a few selected tasks for an application and therefore confuse users about what works or what doesn’t work by voice command. The completeness property of Bixby will simplify user education on the capability of the agent, making the behaviors of the agent much more predictable.

Beyond that, if Bixby requires more information than the user has given it in order to fulfil a task, Samsung says the assistant will prompt the user instead of simply giving up. Samsung calls this “cognitive tolerance,” and if it works as it is claimed to, this alone could make Bixby an interesting proposition.

Most agents require users to state the exact commands in a set of fixed forms. Bixby will be smart enough to understand commands with incomplete information and execute the commanded task to the best of its knowledge, and then will prompt users to provide more information and take the execution of the task in piecemeal.

A handful of Bixby-ready apps are expected to debut during the Galaxy S8 launch event at the end of this month, and Samsung will be making an SDK available so that developers can add Bixby support to their own apps. It is this buy-in from developers that will be key in whether the assistant will be able to get a foothold, but with Samsung being the biggest player in town, if anyone can get developers to add support to their apps, then Samsung can.