Rumored Jet White iPhone 7 And iPhone 7 Plus Shown Off On Video?

With the release of iPhone 7 and iPhone 7 Plus earlier this year, Apple took the opportunity to add a Jet Black version to the lineup. An addition that has proven to be extremely popularity in spite of the fact that it is susceptible to micro abrasions that makes it look scratched.

Not long after that release, a number of questionable reports surfaced suggesting that the Cupertino-based company could extend the lineup further with the addition of a ‘Jet White’ version of the two devices. That clearly hasn’t happened yet but the speculation has now resurfaced thanks to sketchy video that shows what a Jet White version of the devices could look like. 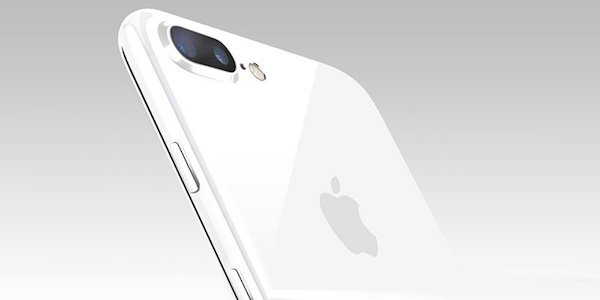 The recently surfaced video shows the chassis of both the iPhone 7 and iPhone 7 Plus, as depicted by the size differences and the fact that the larger device has the extremely popular iSight-Duo camera in place on the rear.

However, both are coated entirely in what it is believed could potentially be representative of the Jet White exterior that has been talked about on a number of occasions, should Apple see fit to release such a device. In this particular piece of media, the larger iPhone 7 Plus clearly has the Apple logo printed in the standard position. The smaller 4.7-inch iPhone 7 does not.

Rather than be official test models sporting the Jet White exterior, it’s more likely that these are simply mockups of what the iPhone 7/7 Plus in Jet White could look like. A number of shopping and auction sites currently sell cases almost identical to the ones being shown in the video, with and without the Apple logo on display.

Could this be the Jet White iPhone 7? pic.twitter.com/pHoDiZ63ON

It’s still a total unknown if Apple is indeed considering appending the current iPhone 7 range with a Jet White version. Both the Jet Black and Black versions of the device have proven to be extremely popular with consumers. It’s highly likely that a Jet White version would be equally as popular considering it’s a change from what we’ve been given over the last few years, and definitely wouldn’t show up those micro abrasions as much as the Jet Black variant.

Maybe Apple will introduce the new color variant with iPhone 8 late next year?