The HTC One M8 Google Play Edition has been removed from the Play Store, leaving no non-Nexus handsets for the more discerning Android user to buy.

If you pride yourself on having the latest and greatest version of Android and not having to deal with the mess that can often arise from smartphone makers dabbling in the world of software then you’re now left with one option: Nexus. That stark and disappointing fact came about thanks to Google’s very recent removal of the last Google Play Edition handset from the Google Play Store. 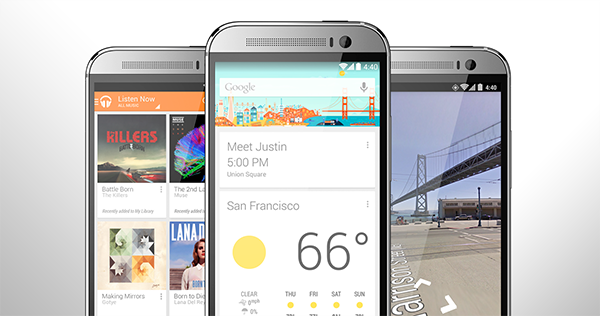 With phones dropping like flies, the last one to survive on Google’s online outlet was the HTC One M8 Google Play Edition, but alas that too has now gone the way of the dodo, leaving those wanting to have the vanilla Android experience on a smartphone stuck with just the one option of Google’s own Nexus device.

The experiment of offering pure Android versions of flagship handsets has been going on for a relatively short time in the grand scheme of things, but the cold harsh fact was that Google wanted people to spend $700 on a phone that could be had for under $200 with a contract. Yes, we all know the possible benefits the lack of that contract may bring, but tell that to someone looking at that up-front price with their credit card in-hand.

Right now the URL for the HTC One M8 Google Play Edition is still live but it won’t show in any search results and the device itself is listed as being unavailable.

With all existing Google Play Edition smartphones now gone from the Google Play Store, it’s probably a fairly safe bet that we won’t be seeing any new additions to the lineup, at least in the near future. All the biggest players in the Android space are currently working on their big flagship releases of 2015, but don’t expect any to include a Google Play Edition.

And that’s just a damned shame as far as we’re concerned.