In 2007, Apple introduced its first Wireless Keyboard. In 2009, they brought a multitouch mouse known as the Magic Mouse. In 2010, they brought the Trackpad from MacBooks as an accessory for the iMac and called it the Magic Trackpad.

Apple has now released its next-generation of Magic accessories for Mac; the Magic Keyboard, Magic Mouse 2, and the Magic Trackpad 2. These accessories now come with built-in rechargeable batteries, Force Touch on the Trackpad, and more. But are these new Magic accessories worth getting for your Mac? Find out in our video review below. 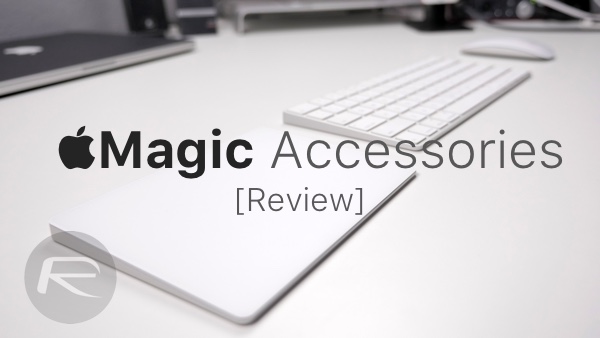 The new Magic Keyboard, formerly known as the Apple Wireless Keyboard, got some slight improvements including an all-new wedged metal design and slimmer profile. On the back of the Magic Keyboard lies a power switch to turn it on/off. There’s also a Apple Lightning port on the back to not only charge the rechargeable batteries, but connect your Magic Keyboard to your Mac with ease. The built-in batteries are said to last 9 hours with just 2 minutes of charge and about a month with a full charge. The new keyboard also features the improved scissor mechanism beneath each key to increase stability. Noticeably, the keys are wider with some keys now being squared such as the left/right arrow keys and function keys. From personal use, the keys are closer together making it a little different to type. I would say it took some time to adjust, but didn’t take long. The keys are also a lot shallower from previous keyboard and when typing, I seemed to type a bit quicker because my fingers didn’t have to travel much from key to key. Again it took a bit to adjust, but you’ll adjust to it quickly. One of the biggest disappointments of the new keyboard is the lack of backlit keys. Come on, Apple. It’s 2015. As for pricing, the Magic Keyboard magically costs $30 more than last generation coming in at $99. Pricey.

With the new Magic Mouse 2, there isn’t much to say about it. It still supports the same exact features, slightly longer, and now has built-in rechargeable batteries. Oh, and as for the Lightning port, it is awesomely placed underneath. Don’t expect to be able to use the Magic Mouse while charging. While I think Apple could have done better with the location of the Lightning port, it isn’t that big of deal breaker. You will get 9 hours of power with just 2 minutes of it being plugged in and about a month with a full charge. I do think they could have added wireless charging to this type of product. One day, Apple. One day. As for pricing, you are looking at $79. $10 more than the previous Magic Mouse. 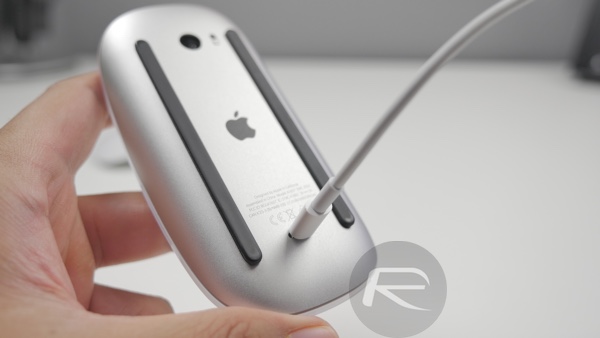 Lastly, let’s talk about the new Magic Trackpad 2. This is something I was looking forward to because it got the biggest change from all of these accessories Apple brought out. It features a slimmer profile with an all-new metal wedge design that matches the Magic Keyboard 2. The power switch is now on the back along with a Lightning port for recharging the built-in batteries and pairing it to your Mac. It has an edge-to-edge glass surface which is now nearly 30% larger than the previous Magic Trackpad. Functionality wise, it features the same multitouch trackpad features alongside the new Force Touch we have seen in the latest MacBooks, Apple Watch, and iPhone 6s/6s Plus. When browsing apps like Safari and other compatible apps on Mac, you can Force Touch by pressing harder on the Trackpad 2 and it’ll give you more options like previewing a link, defining a word, Map directions, and more. Pricing for this Magical thing is nearly double of the previous generation. It’ll set you back $129 — Damn!

Now, I’ve been using all these new accessories as a triple combo, because I really enjoy using a trackpad, alongside a mouse, especially when editing video. I think my favorite out of the bunch is definitely the new Magic Trackpad 2, but will I recommend buying it or any of these accessories? For the price, not really. While these new accessories got a design change and built-in rechargeable batteries, I don’t think they are that Magical. The only “Magic” part is that they doubled the price, and still got my money.

For more information and detailed review, check out our full video of the Magic Keyboard, Magic Mouse 2 and Magic Trackpad 2 below.