Today was a big day for Apple. No, it wasn’t announcing a revolutionary new product, or even a more evolutionary version of an existing one. Instead, Apple was re-opening one of its famous Apple Stores, though this one is a little different from the rest.

This store is situated at Apple’s Cupertino headquarters and has become something of a tourist attraction since its opening in 1993. 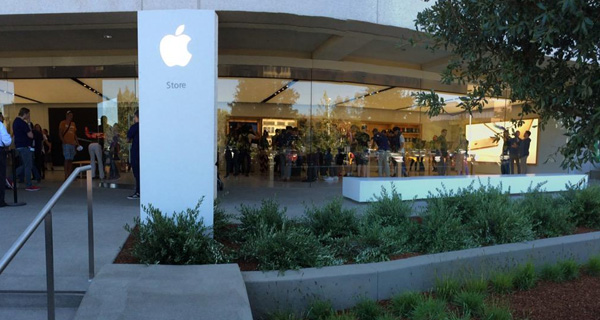 The only building at 1 Infinite Loop that is open to the public, the store sold all manner of things, ranging from multi-colored mugs, pens, mousepads, pitchers, caps, keychains to T-Shirts with pithy phrases on them and so on. If you were an Apple fan and found yourself within driving distance of 1 Infinite Loop, The Company Store was top of your list of places to visit.

With that in mind, Apple has been giving the store a bit of a face-lift for some time now. Very much a relic of an Apple past, both the store and the products found within were not in keeping with the Apple we know today, gold watches and all. Apple knew that if it was going to keep up its new image as a luxury brand, it would need a luxurious Apple Store to go with it. That’s why Apple closed the store in June this year for a complete overhaul.

Now reopened, the revamped store is now called Apple Store Infinite Loop instead of The Apple Company Store, and looks much more like the Apple retail stores we know worldwide, but with an added touch of class with select merchandise that is only available at this one store in the whole world. In short, it is a full Apple Store now that sells Apple’s products along with Apple-branded merchandise. The only thing it’s missing is a Genius Bar. 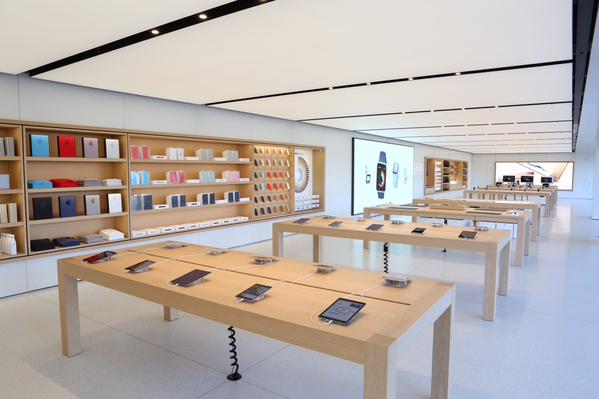 Gone are the colorful mugs, replaced with a choice of plain black, or plain white along with similarly-themed thermoses and metal-clad pens. 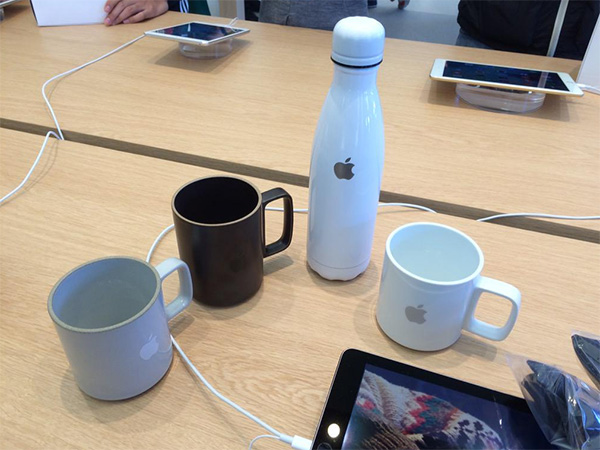 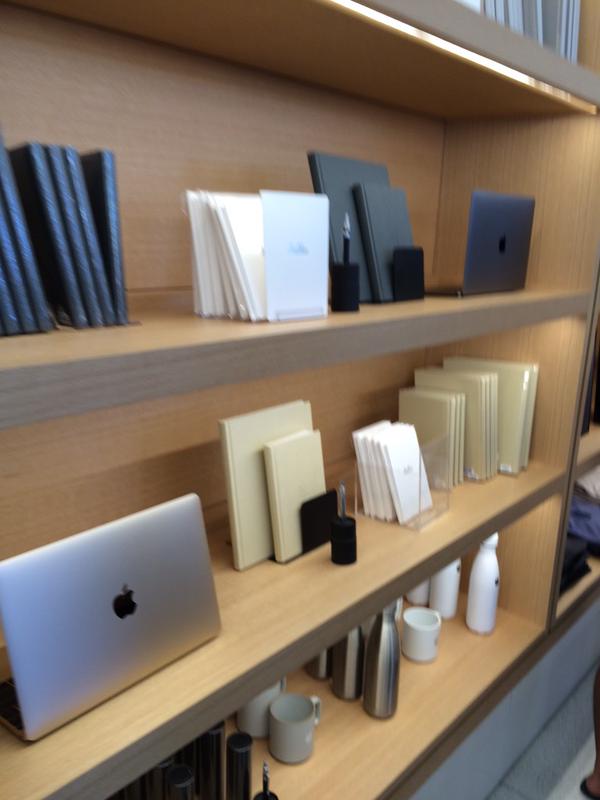 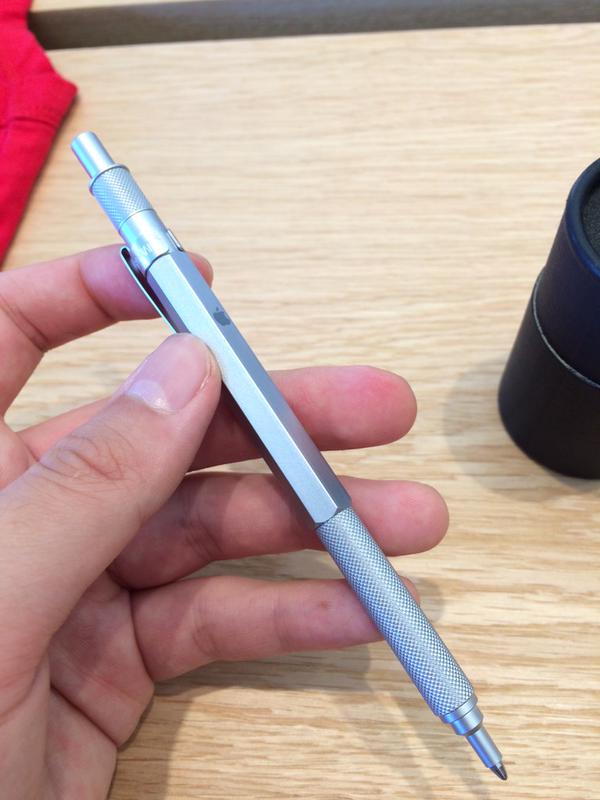 Jackets, hoodies, caps etc. are gone too, bar a handful T-Shirts that feature less-touristy slogans, and some don’t have slogans at all. Though Apple plans on adding more Apple-branded merchandise in future. 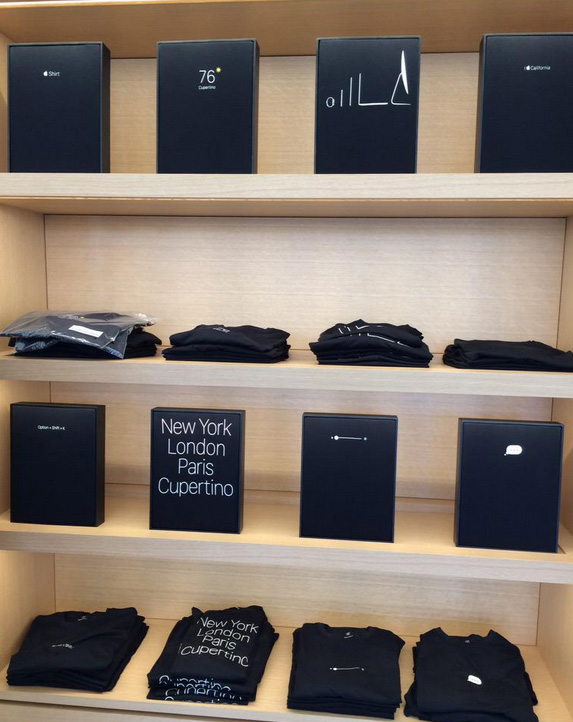 The layout is all-new, and this is the first time that this particular store is selling products from Apple’s product lineup, including iPhones, iPads, MacBooks, Beats headphones, accessories and Apple Watches, with the latter getting quite a bit of space inside the store. 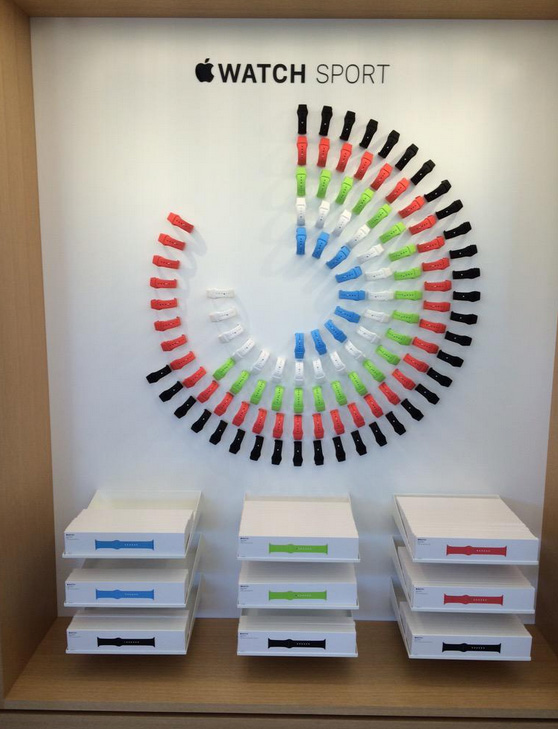 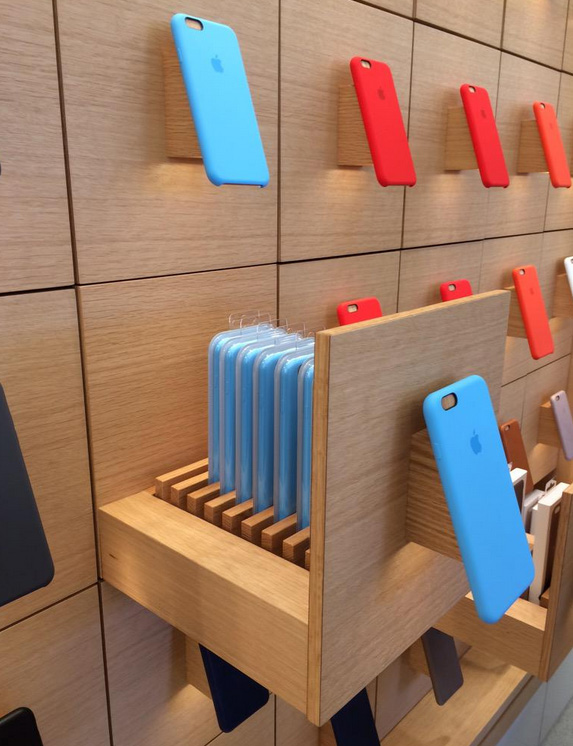 If you find yourself in the neighborhood then be sure to pop in. The store is now open to public Monday to Friday.