The release dates of the next downloadable content (DLC) of DICE’s popular title Battlefield 3 has been revealed! Check them out after the jump.

The news comes straight from the official page for the DLC on Battlefield.com. According to the web page, the new ‘Armored Kill’ DLC will release on the PlayStation 3 for Battlefield Premium members on September 4th while Xbox 360 and PC members will get it on September 11th. The rest of us non Premium members will get it a week after Premium release on respective platforms. 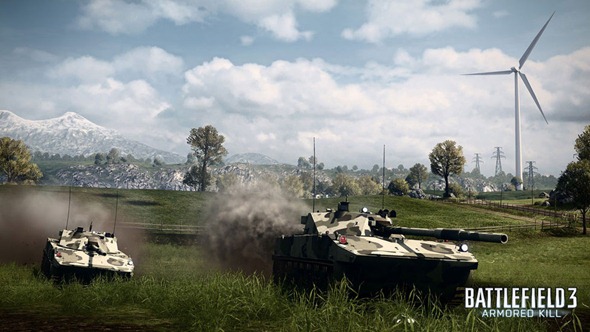 A.K. is the third piece of DLC for Battlefield 3 after Back to Karkand and Close Quarters. After the not so well received Close Quarters DLC which many felt wasn’t very Battlefield-y with its small maps and lack of vehicles, DICE aims to please Battlefield 3 enthusiasts with four huge new maps (one of them being “the biggest map in Battlefield history), a new AC-130, five new vehicles including two mobile R.A., a quad bike, and more. Besides this, it includes a new mode called Tank Superiority. All four of the new maps can be played with previously established modes like Conquest, Rush and Team D.M.

PC gamers will get to play on these maps with 64 players, while console gamers get smaller versions of the maps with a player cap of 24. This is due to the technical limitations of seventh-generation consoles which are running on hardware tech that is over 5 years old.

This new DLC will be available on the previously mentioned dates for the price of $14.99 from the PS Store, Xbox LIVE Marketplace and Origin on the PS3, Xbox 360 and PC respectively. Battlefield Premium (one time fee of $49.99) members get it as part of their membership.

If you want to get an idea of just how epic the gameplay is of this DLC, check out this gameplay trailer DICE released a few weeks ago.

I have been playing Battlefield 3 a lot over the past few weeks and I find it to be an absolute blast to play. It’s gameplay and scale is far more epic than any multiplayer game I’ve ever played before. If you play Battlefield 3 on the PS3, be sure to add me on PSN; my ID is waisybabu. 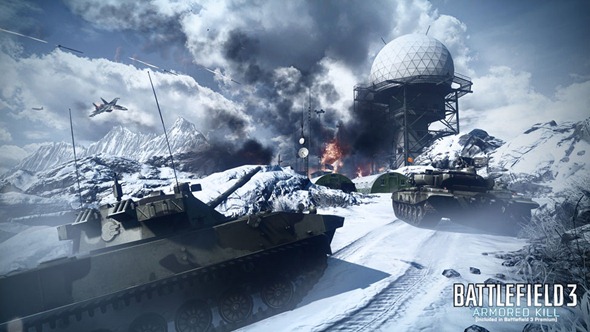