We have all, at some point, been in a position whereby somebody calls out of the blue, and we’re left muttering and stuttering having been unable to remember vital information either about the caller, or the previous topic of conversation. RefreshMe – Personal Assistant for Android resolves this issue with aplomb by offering notes and prompts to refresh your memory, based on previous calls and SMS messages between yourself and the person calling.

Instead of scrambling for a pen to note down a conversation you’ve had for future reference, because you can do so digitally with RefreshMe, and next time that person calls, you’ll have that information – along with time and date of that particular call – at your disposal. No longer will you need to rack your brains for this information, as it will be right there on tap, and although this app isn’t especially useful for those who don’t communicate with many folks outside their set circles, for those in constant conversation with new people, this could make life a whole lot easier.

There’s nothing worse than picking up the phone, recognizing a voice, but being unsure exactly where they’re from, and what they represent. The whole experience is, in fact, quite disconcerting, but with RefreshMe by your side ready to fill in the gaps, you can keep on top of all your incoming and outgoing calls. 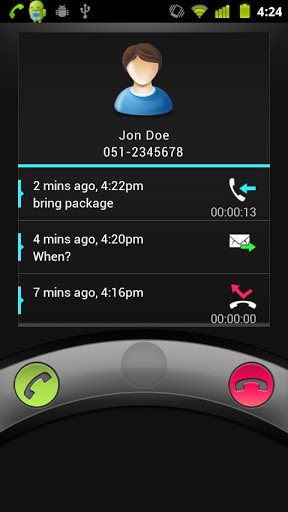 It’s definitely one of those features which, once you install and use for a little while, you’ll struggle to live without. It’s hard to believe there’s not something similar offered natively. Still, the Play Store is designed to allow developers to fill in some of the gaps, and RefreshMe solves such a common problem with ease. 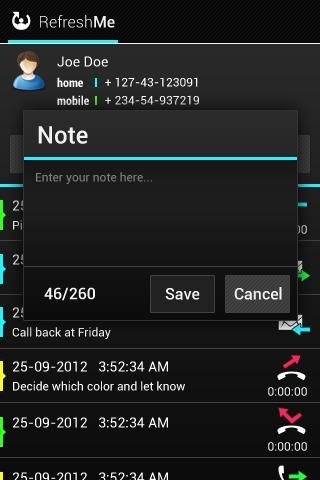 The sooner you download and install RefreshMe, the sooner it can get to work in saving all of your information as you make calls, so don’t delay in order to maximize the benefit!

To cap things off, it is absolutely free of charge, and can be downloaded right now via the link provided below.