Since arriving with iOS 5, it’s fair to say Siri has garnered fairly mixed publicity. It has its uses, of course, and recent improvements have certainly broadened its functionality, but the jury’s out regarding whether it’s something to be used on a daily basis, or just a novelty. Certainly, if that robotic (yet oh-so feminine) voice could be utilized for, say, the purpose of reading tweets out, we may consider calling on it (her?) services more frequently than most of us currently do. Thanks to TweetFeed, a jailbreak tweak by Devin LaFleur, Siri can indeed be used for the convenient purpose of catching up on your latest batch of <140’s, and if you do find yourself sarcastically reading through some of the repetitive utterances of individuals in your timeline, there may also be some comedic value thrown in there, too.

There’s no doubt that, as far as voice-recognition technology goes, there is much to be offered. But Siri is somewhat before its time in that respect, and as we continue to see the talking to a smartphone as a faux pas, some of the few things Siri can offer in the here and now are simply not being nurtured.

TweetFeed, however, is an intuitive little tweak, and once installed, will allow new Tweets to be read out by Siri. At the moment, it doesn’t offer a great deal more, but as one of the developer’s first projects, it certainly has much promise. The tweak requires permission to access your device’s Twitter accounts, and once you’ve granted them, you’re ready to go. It will only read the Tweets of the first account (for those with multiple logins), and there is currently no way of accessing others. 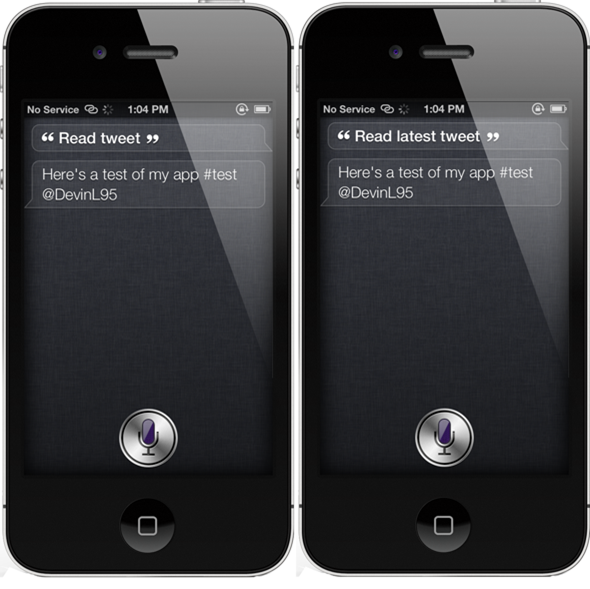 LaFleur may add support for multiple accounts, as well as the ability to read the newest tweet by a specific individual, but whether he does or not depends largely on interest and support from the jailbreak community. Having given TweetFeed a test run on my iPhone 4S, it works very well indeed, and if you feel like you’ve been neglecting Siri, this tweak will certainly give it a meaningful task.

TweetFeed is available over at the Modmyi repository for free, and is definitely worth checking out – particularly if you’re big on The Twitters.