The ability to record voice calls would seem a basic feature in comparison to the many options we have as smartphone users nowadays, but it’s not an avenue Apple has hitherto explored, so once again, it’s down to the jailbreak scene to try and help users work around this limitation. Audio Recorder, a new tweak offered at the ModMyi repo, is the very first tweak to allow the recording of voice calls natively, and if you’re the kind of person that likes to keep a record of important business correspondence, Audio Recorder will help you keep them safely stored for your records.

Whenever we call a company, we tend to be advised that calls "may be recorded" for security and or training purposes, but while these corporations cover their backs in the case of a potential dispute, we tend not to do the same. Thanks to Audio Recorder, any potentially volatile situation can be stored on your iPhone for playback at a later date, and even if you just need a prompt to remind you of all the points you covered with your colleague during a business call, you can do so without having to ask again. 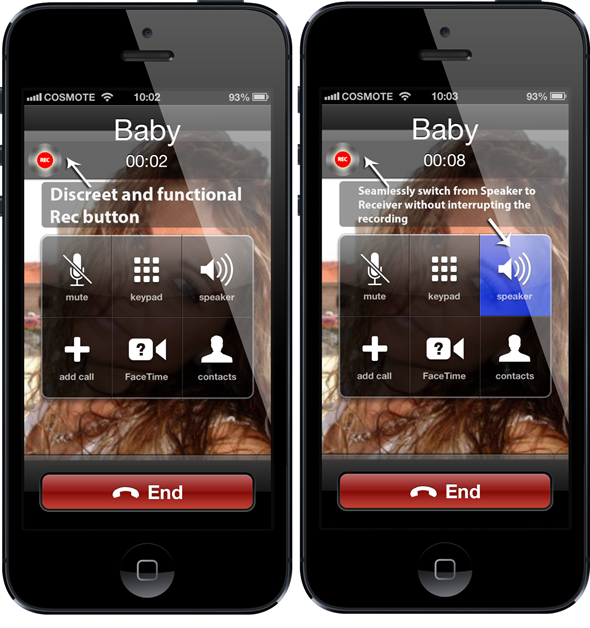 Audio Recorder is described by its creators as the very first iPhone call recorder, and as well as saving them to your iPhone, you can also play them back, or send them to an email address for safe-keeping.

The individual other end of the line will be made aware that the call is being recorded, and although this feature cannot be deactivated, it is actually illegal in many countries to record a telephone conversation without due consent. To cover all bases, the developer of Audio Recorder has stated that the warning feature "will never" be removed from the app, which in all honesty, is fair enough.

There are no remote servers involved, so you can record away knowing your convo is not inadvertently being stashed away somewhere. 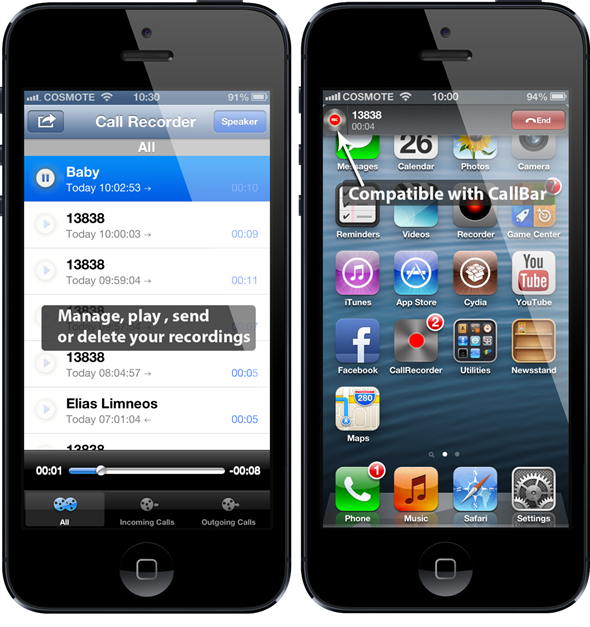 Audio Recorder works with both the iPhone 5 and iPhone 4S, although you will need to turn on the loudspeaker of the latter when in-call if you wish to draw results.

Grab Audio Recorder right now from the Modmyi repository, and let us know if it does the trick for you by dropping a comment below!

UPDATE x1: If you cant find ‘Audio Recorder’ in Modmyi repository, you can alternatively grab it directly from the developer’s repo by adding limneos.net/repo to Cydia.