It was just last week when Microsoft rolled out the first major update to Windows 10. Dubbed the November Update, the package offers some significant improvements in performance as well as some additional new features. But do you know how much disk space can this update eat up on your PC? Space than can actually be freed up, and in most cases extends to as much as 17 to 20GB.

Those of you who are well versed with upgrading from one version of Windows to another version would already know that the process includes backing up your previous installation of Windows to make sure that in case anything goes wrong during or after the upgrade, you are still able to roll back to the previous stable state. 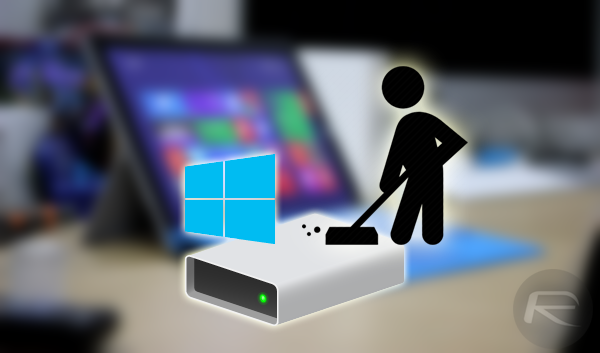 This November update is not just another one of those small ‘KB’ updates. As mentioned earlier, it is a major update released as part of Microsoft’s effort and move to continue offering the OS as a service with major updates being rolled out to improve the experience. Given the nature of this update, the process here involves backing up your earlier installation to your HDD, which naturally occupies some space.

If you have 5GB or more space on the drive where Windows is installed, you will not really be made aware during the update process that a backup will be made, taking up huge chunks of space. But if you happen to have less than 5GB left on your disk, the update process will prompt you to either clean up the disk, or choose another partition, or an external storage device. This is the part where Windows informs you that if you choose an external storage device, you will need to keep it safe incase you ever wish to roll back to the original state after the update.

Regardless, of whether you chose some other drive, external drive or persisted with the system drive, there will still be a Previous Windows Installation backed up on your system drive, and could be either 4GB, or 20GB depending on how you proceeded with the update. 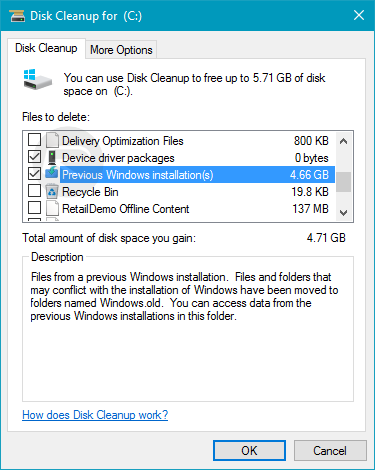 Now that it’s clear that this backup is purely meant as a fail-safe option for your PC, if you’re confident and satisfied with your Windows update installation, you can simply remove those files and free up some significant storage space. However, it’s not as simple as hitting the Delete button on a file. You will have to take to the Disk Cleanup tool, but in a certain manner. For a step-by-step guide on how to achieve this, check out our previous guide here: How To Reclaim Disk Space After Windows 10 Free Upgrade.