Real Soccer 2013 For Android Tackles And Scores Into The Play Store – Download Now!

"FIFA Friday," as it is unofficially dubbed, has been and gone for this year, and FIFA Soccer 13 has already sold in the millions for Xbox, PlayStation, and iOS. It may be the most popular on the market, but it’s certainly not the only soccer simulator one can purchase, and the Real Soccer series does have its fair share of admirers.

Today, Gameloft has dropped the latest installment – the aptly entitled Real Soccer 2013 – over at the Google Play Store, and as well has looking and handling a great deal more agreeably than its predecessor (almost accepted as a given – particularly with sports titles), it Real Soccer 2013 also offers gamers more control over what happens behind-the-scenes at their club. One can now develop and enhance facilities, hire new staff members, and amongst other things, make the correct sponsorship deals.

Athletico Madrid talisman Radamel Falcao makes the cover, and although I haven’t had a chance to test out the Android iteration, I’ve been fairly impressed with the iOS version, which released earlier this month. It does – if I’m being highly critical – still lack a certain cutting-edge, but it’s hard to pick many faults in a title which is free of charge to download. 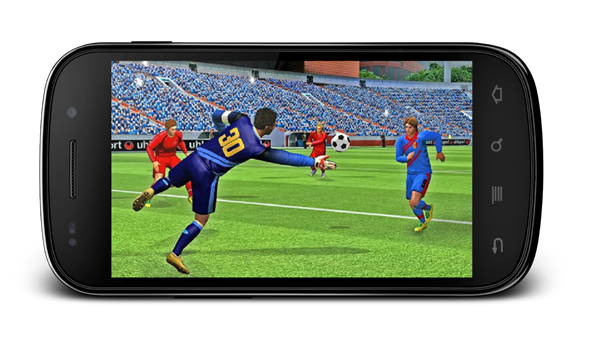 As a mini evaluation of the current mobile soccer games, I have to say I’m fairly impressed by the advancements EA has made with FIFA 13, and it’s beginning to look every bit as smooth and streamlined as its console counterpart. Unfortunately, much like Dream League Soccer – which is also a very impressive mobile soccer title – FIFA 13 is only currently available for iOS, and as such, Real Soccer 2013 is currently the only noteworthy new Android app for the new season. 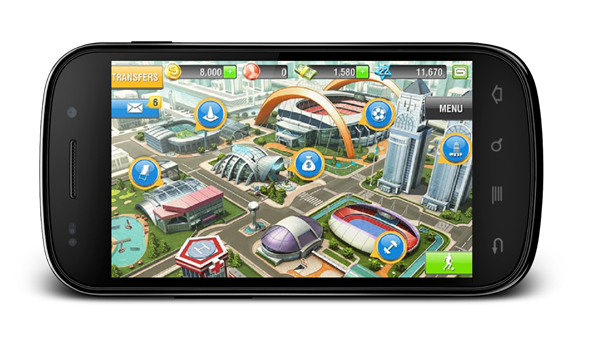 With no FIFA in sight for Android, Real Soccer is certainly a worthy alternative, and although it doesn’t perhaps offer as immersive and feature-rich an experience as its popular counterpart, it’ll keep soccer fans entertained on-the-fly.

If you’re a bit of a soccer addict and cannot bear to be separated from The Beautiful Game when out and about, check out the direct link provided below. 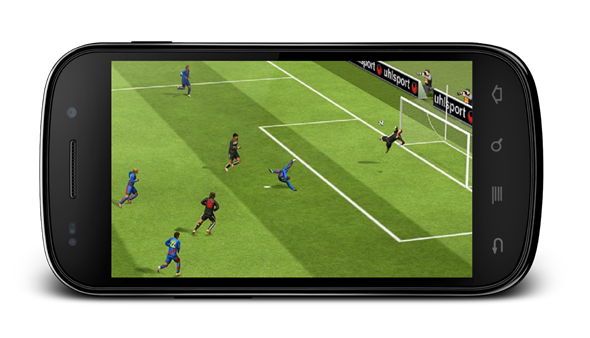