The iOS App Store is bursting at the moment with photography and social networking apps. The world is currently stuck in a social boom, with every developer wanting to utilize on the current popular trends in order to hit a commercial success with their apps. I personally love a good photography app and regularly use different types of them, but the Quicam app that has been on the App Store for just a few days has to be one of the most potentially dangerous apps I have seen in a while.

Let’s put some perspective on this. By potentially dangerous, I’m not referring to any kind of security issues or anything that will harm the device it is being installed upon. By that, I’m actually referring purely to the fact that the sole purpose of the app is to allow users to snap a photograph and then upload it directly to Facebook and Twitter without any additional interaction whatsoever. Photograph is captured, the socially connected world sees it. End of story. 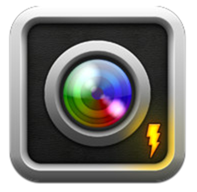 It’s actually quite a neat little idea and certainly makes good use of the native Twitter frameworks and the Facebook API. Rather than just integrating social sharing into some mundane app, the developers have actually thought about a nice and quirky way of producing a functional and unique app. It’s a nice idea, but one that I’m pretty sure will get a few people into trouble for snapping and sharing images that aren’t exactly supposed to be uploaded to a social network. 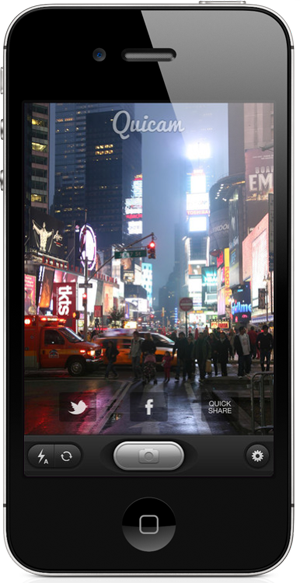 The app itself has been developed extremely well and looks like a great piece of work. Adding and verifying social accounts is a simple process that only needs to be repeated once. Uploading images is a piece of cake, as mentioned earlier, and any image can be immediately shared to either Twitter, Facebook or both accounts at the same time. In addition to this, a selection of text can also be defined that is sent out with each image. Any image taken with the Quicam app are also saved to the device’s camera roll for viewing at any time.

(Source: Quicam for iPhone and iPod touch on App Store)