Quad-Core A6 Processor Reference For Next iPhone And iPad Found In iOS 5.1 Beta

Evolution will always bring about change. On some occasions, the change isn’t always considered a move for the better, as some people actually get used to a product the way it is and prefer it to remain. But when talking about consumer technology, and in particular cell phones and tablets, change is inevitable, it is purely a matter of when, not if. If the interpretations of recent findings are to be believed, then Apple’s ‘when’ moment seems like it could be coming soon. 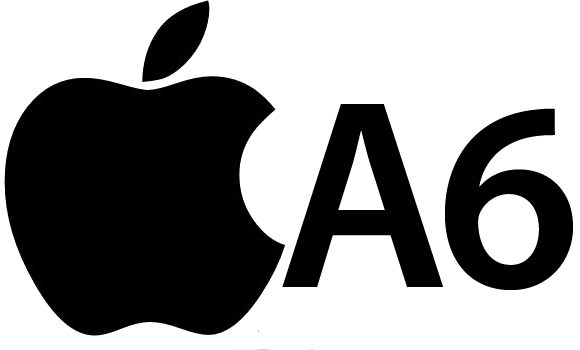 The mobile cell phone industry is extremely competitive, especially when it comes to the latest must have smartphone and tablet devices. It is fast becoming an extreme cut throat industry, with devices not up to the grade being cast aside and quickly forgotten about as they slither away into smartphone obscurity. I like to think of smartphones in the same context as super cars, in that they need to have a certain set of defining characteristics to be able to be classified as such. To me for example, a super car is something that pushes the boundaries of technology at the time, something a little bit out of the ordinary that is capable of doing what others in its industry can’t – whether that be achieving crazy speeds, or having pin point precision handling. I think of a smartphone the same way, as for me it needs to meet a basic feature set before it can be one.

One such requirement for me, is power. Unadulterated processing power. I use my iPhone and iPad for pretty much everything on a day to day basis. Word processing, calculations, telephone calls, instant messaging, gaming, watching high definition movies, and so much more. For any new generation of a particular device; users tend to expect a speed increase, chip technology is moving so fast these days that it would seem ludicrous to not improve performance each year.

The good news is that located in the deepest depths of iOS 5.1 beta, tinkerers have found software relating to processing-core management which offers obvious support for the dual-core A5 chip which currently sits inside the iPad 2 and iPhone 4S, but also supports quad-core processing. The references to this are quite well hidden away, but after some digging reveals text which points to the cores which are supported by iOS hardware. The aforementioned core management software includes an option of "/cores/core.3" which could be confused as indicating a triple core processor, but actually points to a fourth core.

Sources with inner knowledge of the internal workings of iOS have explained that the core count begins at ‘0’, effectively meaning that the A4 chip in the iPhone 4 which was single core chipset would be displayed as"/cores/core.0" whereas the current A5 chip would have the option of "/cores/core.1" because of its dual-core capability. The images below show a comparison between the pre iOS 5.1 beta core management software we mentioned, and the current iOS 5.1 beta version. 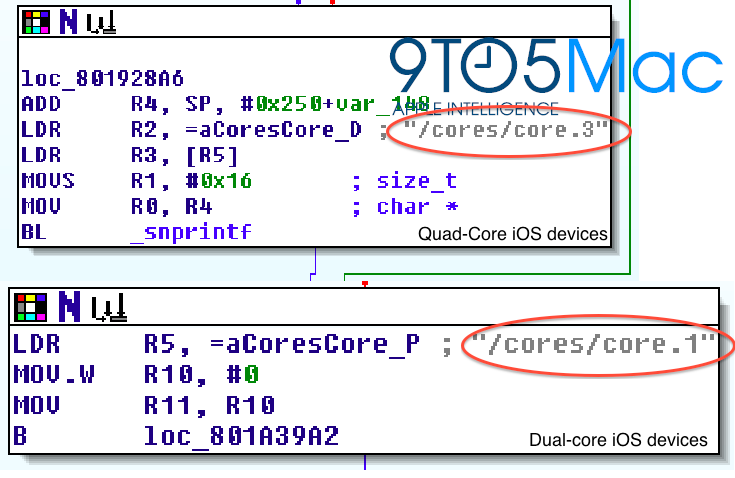 Obviously this is something that can be added to the ‘possible’ list of hardware improvements in any new iOS device. The inclusion of such references could point to a number of things and in no way guarantees we are about to see a quad-core iPad and iPhone about to drop. Although the fact that Asus have just released a quad-core Android tablet could add some fuel to the fire as it is unlikely Apple would allow a competitor to have that advantage for nearly a while twelve months.