Virtual Reality has been on the burner for many a year, with companies large and small working to try and make such technology a feasible option for those of us that want to discover new worlds – both real and made up – without ever having to leave the comfort of our own homes. No matter the company behind the project though, VR has been met with a luke-warm response by many, partly due to its numerous limitations.

With Valve and Oculus VR on the front foot in the world of VR right now, technology giant Sony is the latest to throw its considerable weight behind an effort to one-up the competition, with the aim being to make the technology into something we’ll want to use. We’re a little dubious ourselves, but we’ll give it the benefit of the doubt for now. 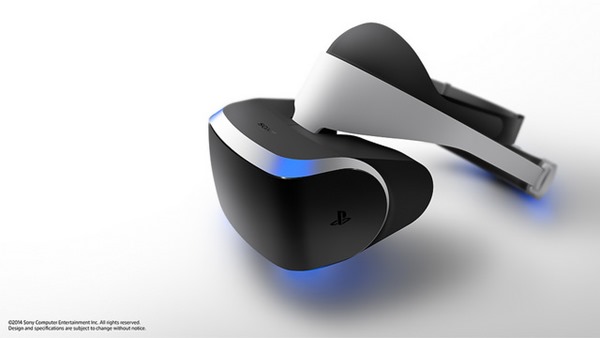 Sony outed its new VR technology at an event taking place at this year’s Game Developers Conference, with the project codenamed Project Morpheus. The headset itself very much looks the part, offering a 90-degree field of vision via its 1080p LCD screen. The device currently connects to a PS4 via a lengthy cable, though Sony hopes to make the final product a wireless affair which would be good, seeing as you’re not going to be able to see the wire that you’re probably on the verge of falling over.

The full technical specs of the Morpheus is as follows:

Sony Magic Lab’s Richard Marks is working on the project, and if the name sounds familiar it’s because he was also the man behind the EyeToy camera as well as the doomed PlayStation Move. Interestingly both will apparently be used in conjunction with the new headset, with the camera used for facial tracking and the Move used as a way of control.

Sony seems rather keen to make Project Morpheus into a real, shipping product and as a result we expect it to pull out all the stops. It’s probably safe to say we won’t be wearing blue helmets in our living rooms any time soon, but the news that a first-party like Sony is working on VR should give fans of the technology hope for the future.

So long as they’re packing a PS4 of course.