Whenever anyone talks about social networking, it is generally the social behemoth Facebook that crops up first in conversation, but with Twitter adding more and more users on a daily basis, the mini micro-blogging service is starting to make some serious waves in the social world. What could be better than mixing the power of a jailbroken iOS device with quick and simple access to two of the world’s largest social forums? And for good measure, throw in voice input support to update your status on said social networks, then we definitely have a winner here. 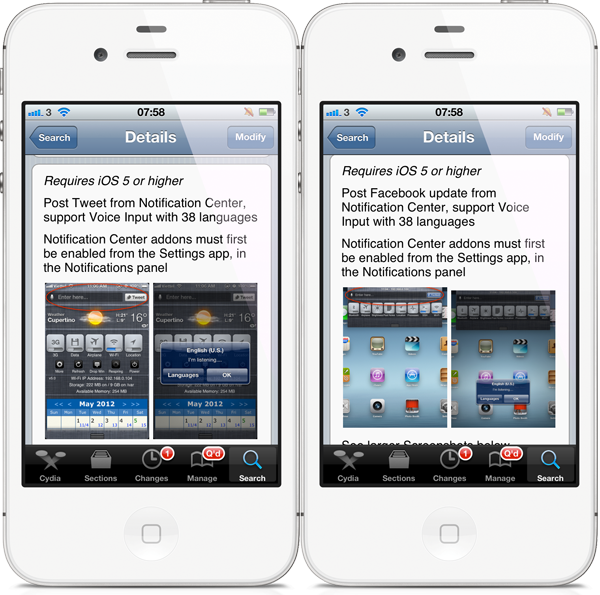 InstaTwitter and InstaFacebook are two Notification Center widgets from the same developer which bring quick and efficient access to the aforementioned social networks, direct from the comfort of the drop-down Notification Center display. Before you get too excited about having fully-featured access within Notification Center to Facebook and Twtiter, both of these widgets allow the user to post status updates with minimal fuss. Both widgets are pretty much identical aesthetically, with the only difference being the submission button that lives on the right hand side of the text field.

Notification Center based offerings are often hit and miss, but the two Insta widgets seem to be a perfect example of the good, the bad and the ugly. First and foremost we should cover the good as the packages do offer some decent benefits to users. With the iOS Facebook application being temperamental at best, it is always useful to have a widget like this that allows users to post a quick status update without the need to load up the official app and wait for the errors to occur. Both widgets also offer voice input support thanks to a small little button on the left hand side of the text field as well as built-in support for 38 languages. During our test however, we had no problem when it came to testing voice dictation to update our status on Facebook and Twitter, but as you would expect, the performance was rather choppy in a slightly noisy environment. With support for 38 languages, the developer is definitely catering to a huge set of different users speaking different languages, but since we’re no French speakers, we couldn’t get the chance to try them out first-hand. But, to sum it up, voice dictation combined with support for 38 different languages is a huge win.

One of the major gripes I have with the widgets is the way in which the developer has chosen to implement access to Twitter accounts. Users are required to be on iOS 5 or above as Notification Center is required, yet access to Twitter needs to be granted through an external authentication process which represents a terrible user-experience. One of the benefits of the deep Twitter integration in iOS 5 was that it gave developers native access to Twitter accounts stored on the device, something which seems to have been overlooked in the development process of this tweak for one reason or another. 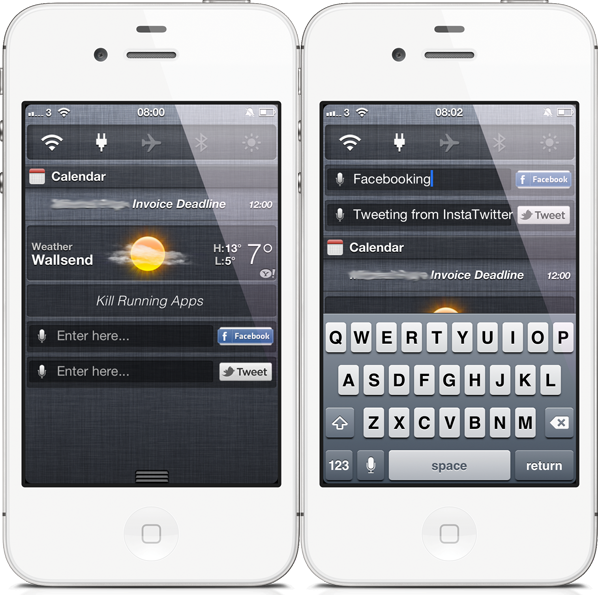 Finally, the widgets are suffering from a little bit of final polish. By that, I mean a few little small issues exist that aren’t affecting the service or the functionality, but just look a little out of place. The first example of this is; when entering text into the text field area, the characters overlap the text area slightly. The Insta-widgets also suffer in an area where many other Notification Center widgets fall down on, when entering text, and when the widget is located at the bottom of Notification Center, the keyboard covers the text field area when invoked so users can’t see what they are writing. The Facebook button also needs a little work, as it looks a tad bit out of place. 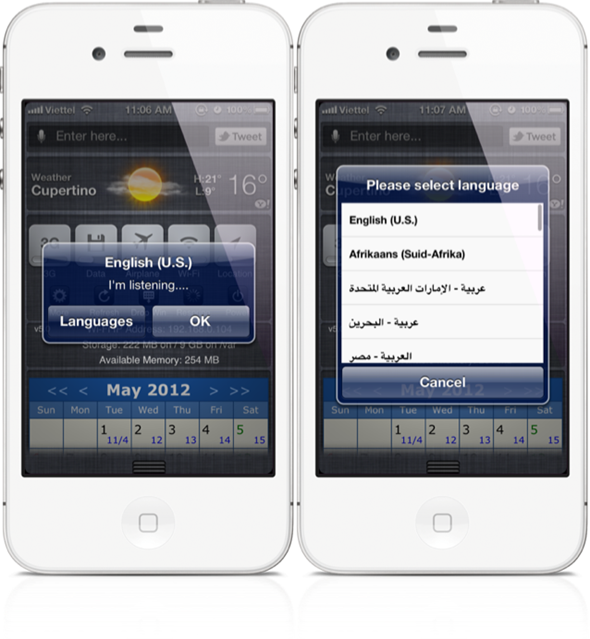 All in all, users may actually find that the quick access to Twitter and Facebook may outweigh the relatively small downsides of these widgets. With both being free of charge, having voice input support and the ability to use 38 different languages, they will more than likely prove popular. Both InstaFacebook and InstaTwitter are available from the BigBoss repository as free of charge downloads and require iOS 5 or above.

[Thanks, Martin for the hat tip]