Popularity Of Apple’s 5.5-Inch Plus-Sized iPhone Is 7% Up From Last Year

There’s nothing like a bit of research into the trends of consumers that comes with a positive outcome to confirm that a particular internal decision was the right one. If Apple needed any clarification at all that making the jump into the production of larger display iPhones was the right thing to do, then it seems to have come from research firm Consumer Intelligence Research Partners. Data collected as part of a survey into the buying habits of iPhone owners is suggesting that a higher percentage of individuals are opting to purchase the biggest iPhone that Apple offers year-on-year.

The data from Consumer Intelligence Research Partners shows that 25% of those purchasing one of Apple’s original iPhone 6 models in 2014 opted for the larger iPhone 6 Plus equipped with a 5.5-inch display. That number could be relatively low due to the fact that existing iPhone owners who were purchasing a new device or upgrading were hesitant about Apple’s shift to the so called “phablet” arena that was initially introduced by Samsung with its Galaxy Note hardware. The collected data also shows that the launch of the iPhone 6s brought with it a rise in the number of individuals opting to purchase the larger option. 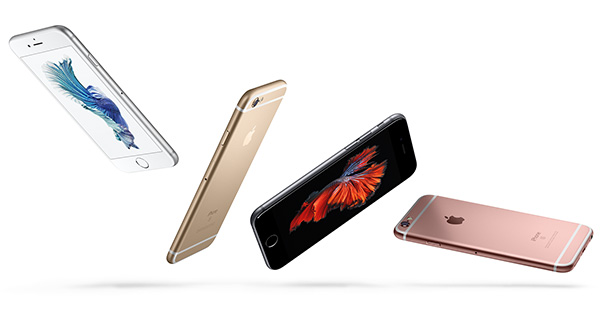 It seems that consumers are now more likely to put their trust and faith into a larger iPhone model, with the data showing that 37% of those purchasing the latest iPhone flagship model within the first thirty days of 6s launch opted for the iPhone 6s Plus. That’s an increase of 7% from last year’s statistics. The increase could be put down to a number of factors, such as specific individuals taking a little longer than others to get used to the fact that Apple now make a huge 5.5-inch device. It could also be attributed to the fact that more Android users than ever are switching across to iOS, and therefore opting to take advantage of the iPhone 6s Plus as they are already au fait with larger devices.

What’s very interesting about the report, and something that will likely be discussed greatly during Apple’s next keynote presentation, is that 26% of those individuals purchasing an iPhone 6s were switchers from Android. That represents a rise of 14% from last year when only 12% of those purchasing the original iPhone 6 were coming from the Android platform. We’re guessing Tim Cook will make a big deal of those numbers as soon as humanly possible.