Windows users are probably familiar with the concept of gadgets: mini-applications that run on the desktop, often used to display important data. As most of you know, however, the technology hasn’t really taken off as much as Microsoft would have hoped. Pokki is a new platform that displays mini-applications on the Windows 7 taskbar. Excited yet?

Pokki isn’t just a gadget manager. Instead, it’s a whole new platform any web developer is able to develop for. Users can download Pokki by heading to the project’s website and choosing any of the featured gadgets, or "Pokkies". After a 1-megabyte download, users will be prompted to confirm that they want to install Pokki: 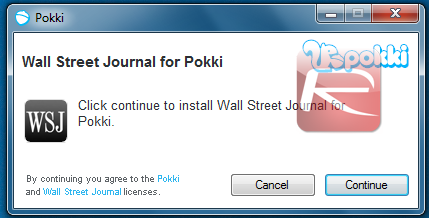 A few minutes later, the Pokki icon will show up next to the Start button, with the Pokki you’ve selected. From this point, installing more apps is as simple as hitting the acorn icon, which will bring up a list of the most popular gadgets. By heading to the "My Pokkies" sections, you can also uninstall existing apps really easily. 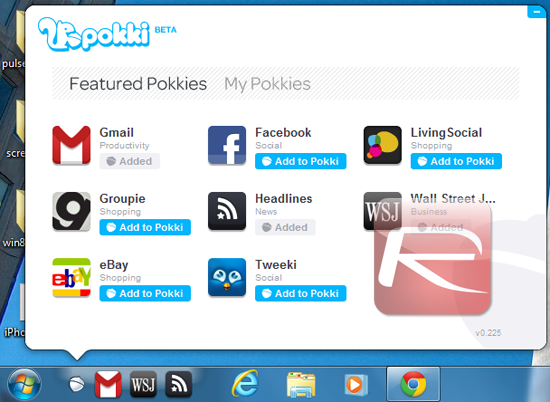 Just like the Pokki manager shown above, all apps are displayed as small pop-ups that can be brought up and dismissed easily. There’s an RSS widget, for example, which provides a clear view of content recently published on your favorite websites. Aside from suggested ones, you can also add feeds of your own: 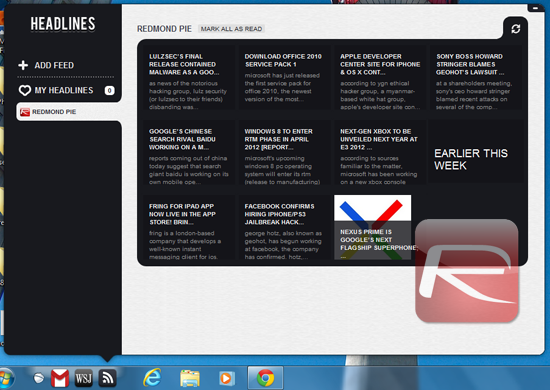 In all honesty, the gadget/app selection is pretty limited at the moment, but the basics are there: that includes clients for GMail, Facebook, Groupon, eBay, Twitter and a few others. Pokki is being opened up for developers who might want to get on board with the platform, in order to make it richer. All apps are based on web standards, therefore any web developer with HTML5, CSS3 and JavaScript knowledge will be easily able to create their own apps. If you intend to develop for this platform, you can get the SDK from here.

No one has ever succeeded at creating a good gadget platform. Both Microsoft and Apple offer widgets/gadgets, yet both seem to be slowly scaling back this feature out frustration, due to their lack of popularity. No one can know for sure whether Pokki will succeed, since it doesn’t seem to have any feature that makes it stand out.