When Sony launched the PS Vita TV in Japan late last year, it looked like it could be the product that we’d all been expecting to come from the folks at Apple. A little box that plays TV content as well as top-class games? Where do we sign up?

Since then, it’s all been very quiet. Until today, when Sony announced that it’s bringing the PS Vita TV to Europe, United States and Canada while also changing the name to the wholly better ‘PlayStation TV.’ The Japanese will still see it has PS Vita TV, though. 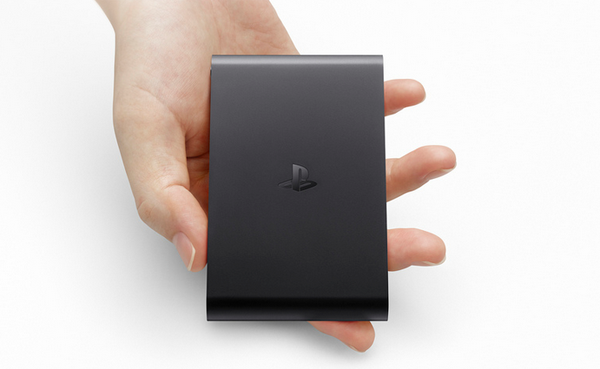 Ostensibly, the PlayStation TV is the same box that the Japanese have been using since last year. The key difference here is the color of the unit, with Sony apparently coming to its senses and shipping it in black rather than the white that it chose for Japan. Price-wise, you’re going to need to spend $99 to get your hands on a PlayStation TV which, coincidentally we’re sure, is the same price Apple charges for its Apple TV. If you want to spend the extra $40, $139 will get you the unit as well as a controller, 8GB memory card, an HDMI cable and a copy of The Lego Movie Video Game. We know which one we’d be going for.

But while it’s true both Apple and Sony now have boxes that stream content – Sony hasn’t announced just what content that will be outside of Japan yet – it’s the games that make the PlayStation TV so interesting.

Straight out the box, PlayStation TV will be able to play Vita games as well as other titles from PSN, assuming they don’t need the Vita’s touch-screen in order to work. Remember, you’re using a DualShock controller to play these games, not a touch-based interface.

Perhaps more interesting to some though is the fact PlayStation TV can act as a remote PS4, meaning games can be streamed from the family console to any TV in the house so long as it’s got a HDMI port. That’s pretty huge, and from hat we’ve seen, the quality of the streaming is very impressive indeed.

PlayStation TV hits the US and Europe this fall.

Will you be buying the PlayStation TV? For the amount of value it offers, it doesn’t look like a bad deal at all.