Sony unveiled today at E3 a new 24-inch 240Hz 3D high-definition screen made specifically for the PlayStation 3, along with 3D active-shutter glasses that don’t only work with Sony’s own TV’s, but they’re also capable of handling displays from third-parties. 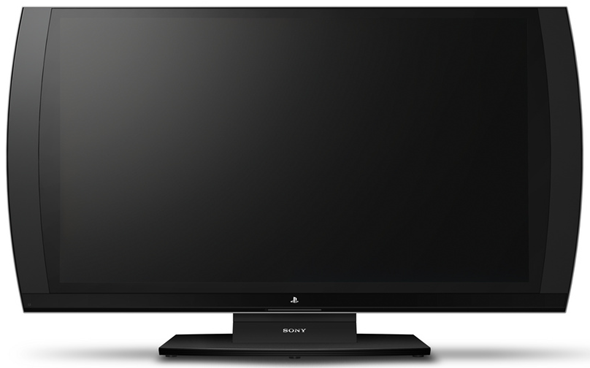 The most attractive feature in this display is its multiplayer mode, which will literally allow different players, sitting next to each other, to look at a different image on the screen. According to those who have tried the experimental unit, this feature indeed does work, although unwanted images from the other player are sometimes visible. Hopefully all issues will be fixed when the product ships.

The display includes a whole slew of other features, including stereo sound, with two speakers incorporated on the side of the screen, along with a subwoofer hidden on the back. Along with two HDMI ports, there’s also a component cable, allowing older consoles, such as the PlayStation 2 and the PSP, to be connected to the display.

While the whole bundle, with the display, one pair of glasses, a 2-meter-long HDMI cable and a full copy of the Resistance 3 game, will be available in the US for $499.99; the 3D glasses will also be available separately for $49.99, since they seem to actually be really good generic 3D glasses. Both products will ship in North America sometime in the fall of this year.

There are currently no known titles that will support the company’s elaborate multiplayer technology. Bundling it into games already in development could require some retrofitting, but game  developers will definitely want to get on board with future games, since this experience is rather new.

3D displays first became mainstream last year, but the technology currently has its challenges: price and consumer adoption. $499 is still a stiff price for a display, but it’s not out of reach, and the fact that these 3D glasses work with many third-parties, and are available separately, will likely give Sony some customers either way. The new multiplayer feature will also give this bundle some traction, for sure.