Play The First Tomb Raider Game In Browser With OpenLara, Here’s How

Hardcore fans of the Tomb Raider franchise can now play the original Lara Croft adventure – released 21 years ago in 1996 – directly in a web browser thanks to the open-source OpenLara project.

The creator of the project credits an existing open-source project called OpenTomb for his efforts, with OpenLara introducing support for modern versions of OpenGL to make this possible. 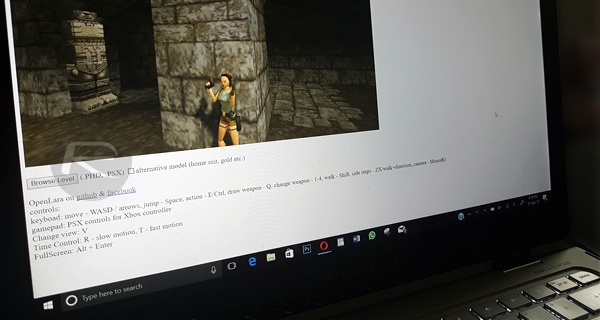 For Tomb Raider fans across the world, the original title is still one of the most epic and influential games from the franchise to date. Not only did the original version introduce Lara Croft into a gaming world otherwise dominated by male character leads, but it also spawned a lucrative and exciting franchise which still continues to thrive today. The modern Tomb Raider titles are simply beautiful, offer stunning gameplay, and truly take advantage of the power of modern consoles, but the original was way beyond its time and offered an immersive experience new to many.

The developer behind OpenLara, called xProger, has not only entirely re-implemented the original Tomb Raider engine as part of the open-source project, but he has also introduced brand new support for more modern versions of OpenGL, which includes WebGL, allowing the title to be interacted with and played in all browsers, whether that be on your 27-inch iMac monitor or your 4.7-inch iPhone display. The introduction of OpenLara now means that we essentially have two active original Tomb Raider open-source projects, thanks to this one and OpenTomb.

As great as the original Tomb Raider was, and as whimsical and nostalgic as it can be to revisit gaming of twenty years ago, just because you can play this title on a web browser thanks to OpenLara, doesn’t mean that you should actually invest a lot of time and excitement into actually doing so. 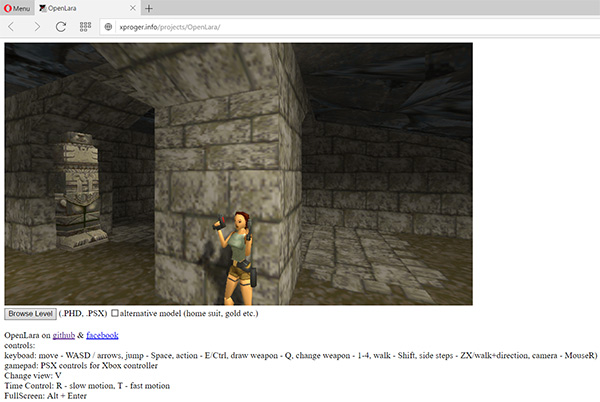 Controlling Lara and interacting with the environment was a challenge even back in the mid-90s via a console. It’s even more so now when you start trying to play it with touch controls on a small-screen browser. The technical implementation is sound, and there are pockets of enjoyment within it when playing via browser, but it’s definitely not going to bring the same level of enjoyment as the original full game did.

To give a whirl, simply point your desktop or mobile web browser to the following URL: xproger.info/projects/OpenLara/. Additionally, you can check out the project’s GitHub page here, if that interests you.