Google has expanded upon its existing Uber integration within Google Maps by taking things almost to the point where users may not even need to have the Uber app installed at all. Without a doubt, the highlight of the update is the app’s ability to display Uber cars and their locations in real time, meaning you will always know just how far away your car is.

Before this update, the Google Maps integration with Uber amounted to being able to see a price estimate and then tap a link that threw you out to the Uber app proper. 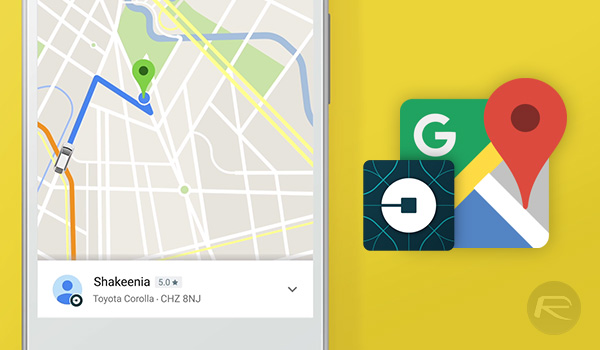 Now though, Google Maps will be able to show all of Uber’s fleet, not just their standard cars. That means that anyone wanting to catch a ride in an UberXL, UberBlack or what have you can do exactly that, right from within the Google Maps app. Users will also be treated to any special offers or promotions that are available at the time.

Google isn’t stopping here either. Tighter integration is also being tested, which would see users able to track their driver as well as communicate with them. The Google Maps app will also offer the option to create a completely new Uber account, should the user not already be in on the Uber game.

From booking a ride to reserving a table at a local restaurant, booking your favorite fitness class to ordering delivery for a night in, Google Maps no longer just shows you the information you’re looking for. It also makes it easier to get things done in the real world — all in one place.

Right now, Google Maps continues to lord it over Apple Maps on iOS, and this update continues that trend. Uber does integrate with Apple Maps, though not so tightly as Google Maps does, and other ride-sharing apps can also do the same thanks to iOS extensions. It may not quite be the same, but there is still room for both apps to improve. We expect that to be exactly what happens, too. 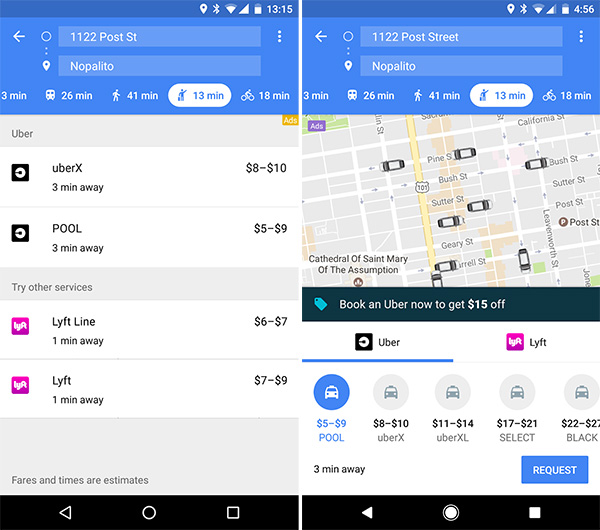 You can watch the new Uber integration in action in the video below.