Apple’s CarPlay, first announced as iOS in the Car, finally rolled out with iOS 7.1, but until the supported cars begin rolling out later on in the year, we can’t really get up close and personal with the new interface. Pioneer, as we heard a short while ago, will be offering an aftermarket option for those who don’t wish to go out and buy a whole new car, and today, the audio specialist has given us a taster in the form of a demo clip.

Even though in-car infotainment systems have been around for years, official support from Apple in the form of CarPlay will allow users to fully interact with their devices while driving. Not only does this present better integration in general, but will undoubtedly make roads safer, with folks less likely to take their eyes off the road thanks to CarPlay’s voice-activated nature. 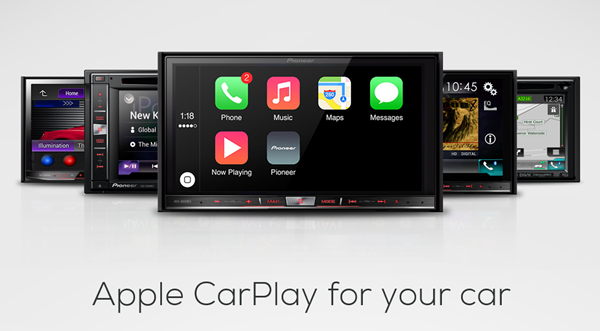 For a while following CarPlay’s announcement, it was unknown as to whether third parties would be able to offer CarPlay as an aftermarket commodity, or if it would be reserved only to those buying new cars. But Apple stepped out and put the ambiguity to rest, and given Pioneer’s glowing reputation in this field, it’s no surprise that the company was the very first to get in on the act.

The new video is rather short, but if you’re considering jumping on the CarPlay bandwagon, most definitely worth a watch. It’s still not ready for prime time yet, and apparently there are several caveats to be worked out before it can be rolled out to the masses, but hopefully, these lingering issues will have been resolved by the time end users get their hands on it later this year.

Pioneer has already announced an expansive line-up of CarPlay-enabled products ranging from around $500 all the way up to $1,200 for the top-end models. Along with the apparent presence of rival Alpine in offering an aftermarket solution, a bunch of manufacturers, including Volvo, Ferrari, and Mercedes-Benz, will also be pushing an out-of-the-box CarPlay system, and with only a couple of months to go before it all begins to take shape, we’re looking forward to getting our hands on it.

Check out the video below and be sure to leave your thoughts on it.