If you’re a heavy Instagram user, then you probably already hate the fact that the photo-based social network doesn’t offer a desktop app. For Instagram, being mobile-only makes a modicum of sense because it’s all about taking photos and then sharing them with your friends online, which is something you’re less likely to do from a computer. That being said though, even just browsing and searching for images using the Instagram website can be a binding task, so an app would be most welcomed.

Enter Photoflow, a Mac app costing $4.99 and available from the Mac App Store. Once installed you’ll be treated to an app that looks the part without being overly flashy, and displays your timeline just as you might expect. There’s no uploading feature here though because Instagram doesn’t allow third-party apps to upload to the service, but things like support for multiple accounts and a raft of search tools are in attendance, so you’re going to get plenty of features for your $5. That said, this price tag may put off some people, so Photoflow may be an app just for those who live and breathe Instagram. 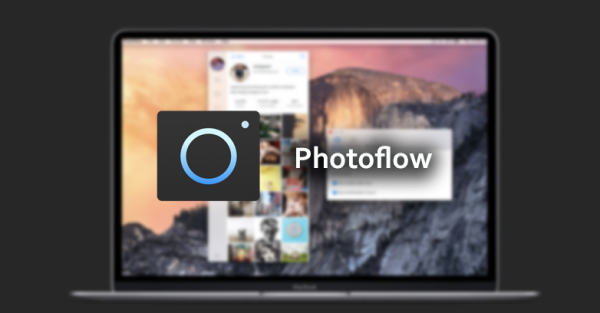 The features don’t stop there though, because users will also get desktop notifications for likes, comments and new photos being posted to your feed and images can be enlarged as well, which is something that is sorely missed on mobile platforms at times. How often have you double-tapped to zoom-in only to be reminded that you just liked the photo instead? 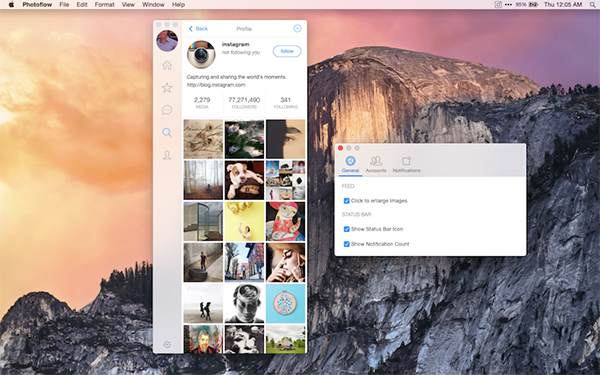 Photoflow also supports the playback of Instagram videos in-line, so you’re not going to need to jump out of the app to watch anything thankfully.

At $4.99 Photoflow isn’t necessarily expensive, especially if you are in need of a desktop Instagram app, but if you’re just a casual user then we suspect the official Instagram web site offers enough features for your need even if it requires a little work. 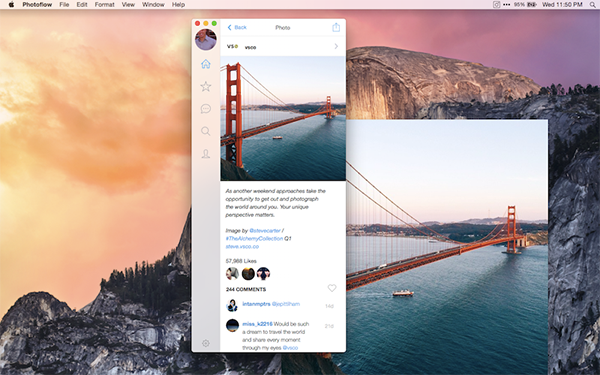 Photoflow can be downloaded from the Mac App Store for $4.99 now, and requires OS X 10.10 Yosemite or higher in order to function.

(Download: Photoflow for Mac from the Mac App Store)