The Philips Hue bulb system has long offered iPhone and iPad owners the ability to control lighting colors and effects from the comfort of their devices, and with Apple Watch set to hit the market in little over one month, the company has confirmed that users will be able to manage Hue directly from the wearable.

Smart home products have come a long way, particularly during the past couple of years, and while Philips isn’t the only manufacturer to have created a low-energy, customizable lighting system in this manner, it’s easily the most recognized brand. Hitherto, iOS device owners have been able to tweak the experience using the companion apps, setting up subtle, casual lighting or full on disco using the Hue Party app, and now, it seems that Apple Watch will also be a part of its repertoire. 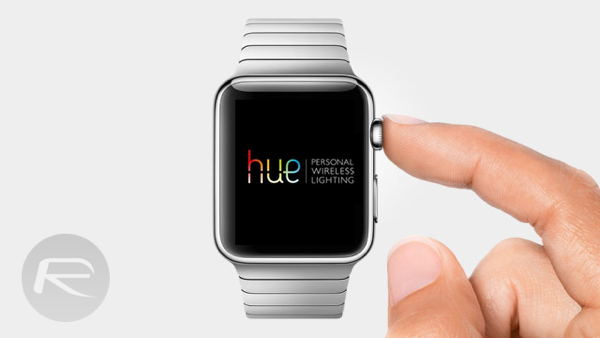 It makes sense for Philips Hue to support Apple Watch, since a user wouldn’t even need to reach out and pick up an iPad or iPhone. It’s even more convenient than the pre-existing Hue set-up, and should Apple Watch take off in the manner that some analysts are suggesting, it will surely be part of an industry-wide migration of smart home systems to the wrist-worn gadget.

The official Philips Hue dev informs us that an Apple Watch app offering lighting control will be forthcoming, although precisely when it will arrive, and what it will be capable of, has yet to be fully revealed. Presumably, it will offer most, if not all, of the features one could find on the iPhone or iPad apps, since Philips won’t want to limit Hue customers over what they control. With that said, the Apple Watch is considerably smaller and perhaps less capable of displaying so many options at a time, and thus, it will be interesting to see if Philips can find a good balance. 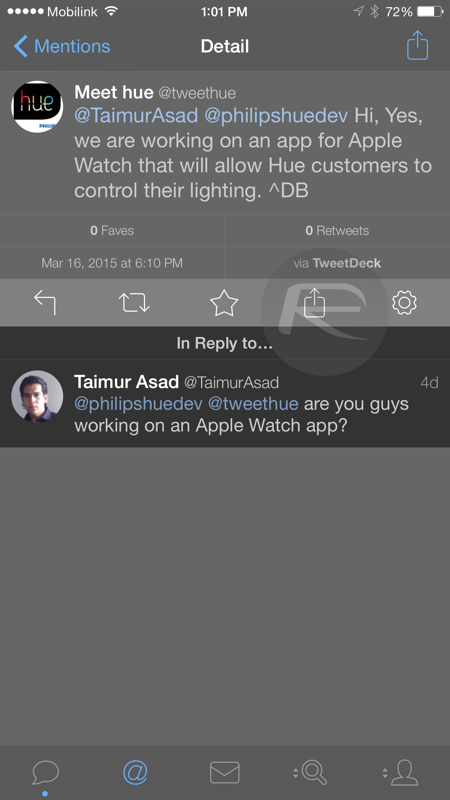 Suffice to say, if you’re a Hue user planning to grab an Apple Watch, you’ll be able to get a little more out of each once the app arrives, and hopefully, it doesn’t take too long for Philips to deliver the goods.

We’ll let you know as and when we get more details, so stay tuned!