New video comparison shows whether or not it’s worth upgrading to iOS 10.2 from iOS 10.1.1, performance wise, on a range of different iPhone and iPad models.

With iOS 10.2 now officially put in the public domain it’s likely that iPhones, iPads and iPod touch devices all over the world are hitting Apple’s authentication servers in the hope of getting onboard with the latest, and presumably greatest, version of iOS to date. Apple’s official and accompanying iOS 10.2 release notes / changelog does a good job of showing everything new in iOS 10.2 and making it appeal to device owners, but marketing machine aside, just how does it perform on real-world, consumer-owned hardware? As mentioned earlier, we have a side-by-side comparison to help find out the answer to that question. 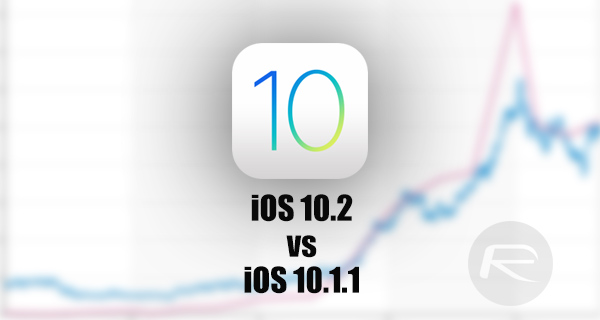 We should all know how this one goes by now. Apple releases a new version of iOS after multiple beta releases – which in the case of iOS 10.2 was a whopping 7 pre-release beta seeds – and then YouTubers take the opportunity to test the public version of iOS 10.2 against the previous publicly available version across a number of devices. The real sole goal of the test being to try and ascertain if Apple has made any significant speed or performance improvements with the latest build, or if the inclusion of new features and patches is detrimental to the performance of older iOS devices.

This particular test was carried out with iOS 10.2 and iOS 10.1.1 installed across the iPhone 5, iPhone 5s, iPhone 6, iPhone 6s, and the iPad Air. That not only gives a good example of how iOS 10.2 performs, but also samples a fairly good range of existing hardware that should be a good representation of those installing iOS 10.2 over the next few days.

If we immediately look at the iPhone 5, which is the oldest iPhone on test, then it’s impressive to see that iOS 10.2 boots to the Home screen from a cold start, a whole 4 seconds faster than iOS 10.1.1. Apple’s iPhone 6s on iOS 10.2 is also quicker to boot up fresh over its iOS 10.1.1 counterpart, but only be a fraction of a second this time.

Apps being loaded from a cold start offer very similar performances on both iOS 10.1.1 and iOS 10.2. It’s also interesting to see the various 3D Touch actions on the iPhone 6s and seeing just how quickly each version of iOS is able to interpret the input and act upon it.

Check out the videos embedded below for yourself and see just how iOS 10.2 performs on your own device to see if it’s worth the upgrade.