Peekly For iPhone Gives The iOS Lock Screen A Much-Needed Overhaul, Here’s How To Install It [VIDEO]

With the omni-present iOS Vice President Scott Forstall having been given his marching orders following the disastrous iOS 6 Maps app (among other things), there’s a real feeling that iOS 7 will – with Jony Ive at the helm – actually address some of the long-standing issues with Apple’s mobile software. Thus, designers have been doubly busy over the past few months in lending their skills and creativity to dreaming up news ways iOS 7 can offer a significantly enhanced user experience, and following the revamped Weather app concept from a couple of days back, a new jailbreak tweak / theme by the name of Peekly adds a beautiful, slide-to-reveal element to the inherently dull iOS lock screen.

Every year without fail, Apple fans spend a great deal of time discussing, speculating, and designing concept ideas pertaining to upcoming devices. We see, and are sometimes dazzled by the countless iPhone and iPad concept ideas thrown our way, but to many, the improvements made to the iOS software are just as significant. 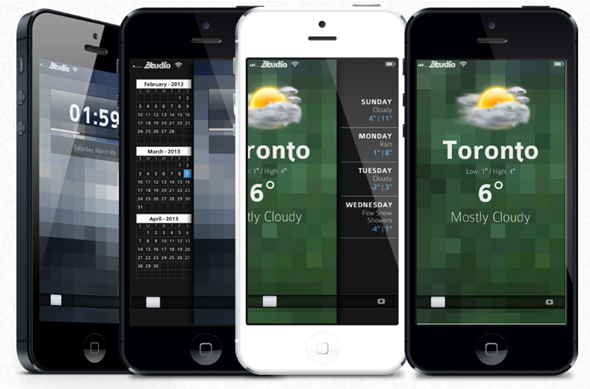 Now, perhaps more than ever, iOS is in need of something. It doesn’t need fixing as such, but it needs rejuvenating. Every release has been a safe, rather inconsequential upgrade, with only a few tangible enhancements (Notification Center, iMessage) brought in along the way. The lock screen has had a camera button since iOS 5, but aside from music controls, doesn’t really serve much of a purpose; it’s just, well, there.

Peekly completely reinvents the whole ethos Apple has with regards to the lock screen. Far from being a mere virtual door to be open and closed, Peekly offers the lock screen a wealth of information in the form of weather, Twitter feed, RSS, or Google Calendar, which can be accessed by sliding to the right or to the left. At present, those are the only feeds available, but more will be added in due course. Take a look:

If you like the look of Peekly, you can try it out by simply following the steps given below. One caveat is that it does, as one might expect, require WinterBoard to be installed in order to run, but if you’re happy enough to run the popular theming app from Saurik, then you’re pretty much good to go.

Step 1: Download the .zip file of the theme from this link. Once the download process has completed, extract the theme.

Step 2: Using an SSH app such as iFunbox (or iFile with a web server), drop the Peekly.theme file into /Library/Themes/. 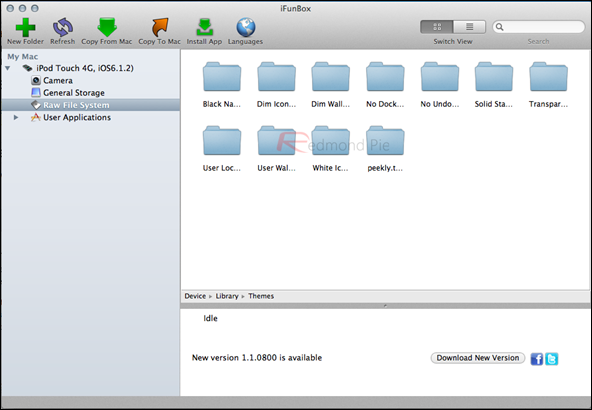 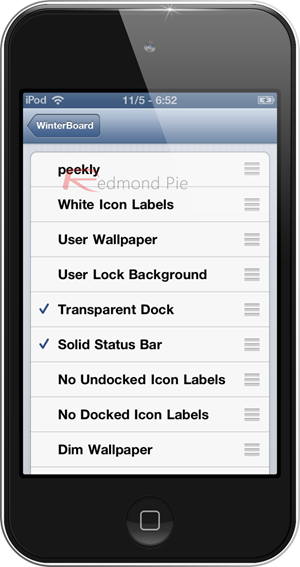 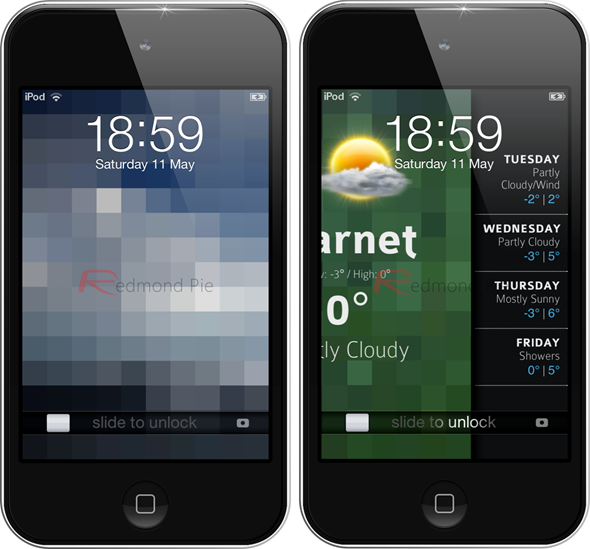 Step 4: If you wish to alter the clock, weather or "peek" settings, you can do so from ‘settings.js’ in the theme folder. Any changes you make will require a respring to take effect. 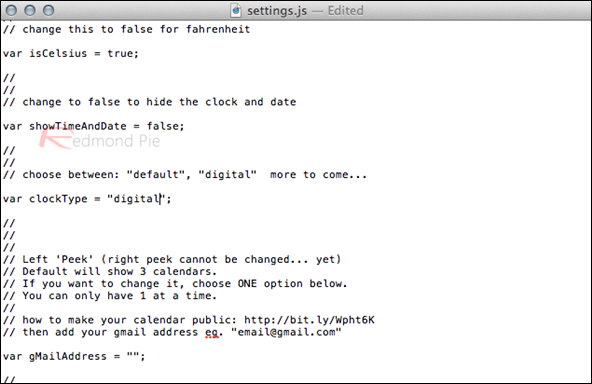 Although I have some reservations with regards to the styling (doesn’t really suit the iOS look and feel), I have to applaud the idea. It’s functional, it’s clean, and an idea similar to this would certainly do well when iOS 7 comes around.