When we think of streaming music services, a few spring to mind. As well as the likes of Grooveshark and Spotify, Pandora is seen as one of the go-to services for personalized radio, and although popular apps are hard to come by on Windows Phone 8, the official Pandora app for Microsoft’s recently-updated mobile platform is now upon us. Pandora for Windows Phone 8 has been a long time coming, but it would appear as though it has been worth the wait: it runs better than even the iOS and Android versions,  and offers ad-free streaming until the end of the year.

WP8 users have been long overdue a break like this. Many of the so-called “essential” apps are missing in action, and those which are available over at the Windows Phone Store seem relatively broken compared with their iOS and Android counterparts, especially in terms of functionality. However, with the official Twitter app for Windows Phone 8 having finally been brought up to a reasonable standard, there’s a feeling of fresh optimism about the platform, and the release of Pandora will certainly do the cause no harm whatsoever. 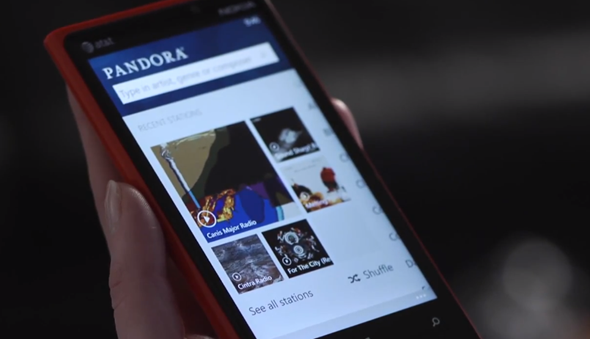 Windows Phone’s radically-alternative operating system means developers have to build apps from the ground up, which can become a tedious task. Whilst this has certainly hindered the process of building up a decent supply of apps, it also means that devs have an opportunity (not always exercised) to reinvent and re-imagine that particular app. In the case of Pandora, this has certainly happened, and as well as delivering the basics in the form of custom playlists and whatnot, the app is nicely tailored to the tiled, gesture-centric interface. 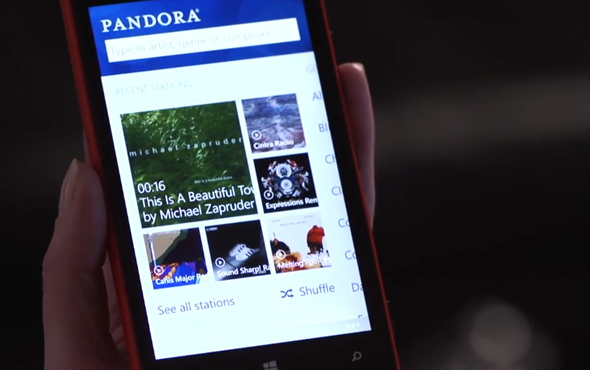 The ability to pin stations to the Start Screen is certainly a nice touch, but unquestionably the best thing about Pandora for Windows Phone 8 is the fact that users can enjoy unlimited, ad-free streaming for the remainder of the year.

It’s taken a while to get here, but Pandora has certainly delivered the goods, and if you want to get started with the new Windows Phone 8 app, please check the link below.