When Apple senior vice president of iPhone Software, Scott Forstall, took to the stage at WWDC in San Francisco to announce iOS 5, one of the much-anticipated features to finally see the light of day was the ability to perform iOS updates without connecting the iDevice to a computer. 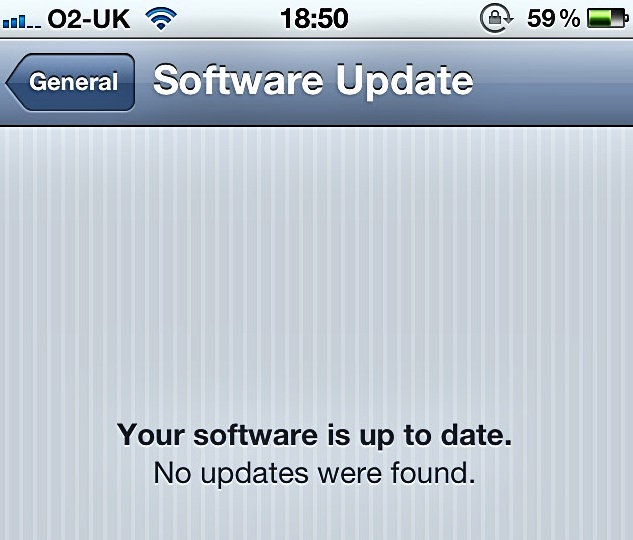 While no mention was actually made of whether these updates would need to be performed over WiFi or not, the screenshots used by Apple during the keynote did show a 3G symbol in the iPhone’s status bar. This led to speculation that 3G updates may actually be in the works, but we didn’t know for sure.

Now 9to5Mac had a chance to look through the iOS 5 beta 2 SDK, and according to their digging, Apple has now turned on 3G updates for iOS.

According to 9to5Mac’s Mark Gurman however, things aren’t all rosy in the 3G-update garden.

The code inside the latest iOS 5 SDK suggests that while some iOS updates will be downloadable via a 3G connection, while some will not be. Could carriers be allowing smaller ‘point’ updates to be downloaded over their networks, but not the larger, major releases?

Also unclear as yet is whether individual carriers will need to buy into the system or not. We foresee a situation where over-the-air iOS updates could depend on the carrier you are on, with some deciding to veto the feature. With carriers already conscious of the amount of data being pushed through their already creaking networks, we wouldn’t at all be surprised to learn of such shenanigans.

iOS 5 was announced back at WWDC with tons of new and improved features over iOS 4. Some of the most noticeable and much awaited ones are: the new and improved notifications system also known as Notifications Center, Twitter integration, Wi-Fi Syncing or cable free syncing with iTunes etc. All this will be yours for the taking this fall. If you’re enrolled in Apple’s developer program then you can test drive the beta version of iOS 5 today, simply head over to this link for download instructions.