In Apple’s ongoing effort to offer an integrated, mutually intelligible experience between iOS and OS X, the fruit company took the wraps off its Continuity movement at the Worldwide Developers Conference earlier this month. But while the features encompassed by the Continuity umbrella term, such as Handoff, sound as though they’re going to be beneficial to Apple’s ecosystem as a whole, some older Macs running on OS X 10.10 Yosemite and iDevices running iOS 8 mightn’t be able to take advantage due to the integral role that Bluetooth 4.0 (LE) plays.

We already know, thanks to the Mac compatibility checklist, precisely which Macs will be able to run OS X Yosemite, and which iOS devices will be left behind when iOS 8 shakes off its beta label. Yet as per an interesting article over at German Blog Apfeleimer, the lack of Bluetooth LE in some machines could hamper Apple’s aspirations for Continuity across the board. 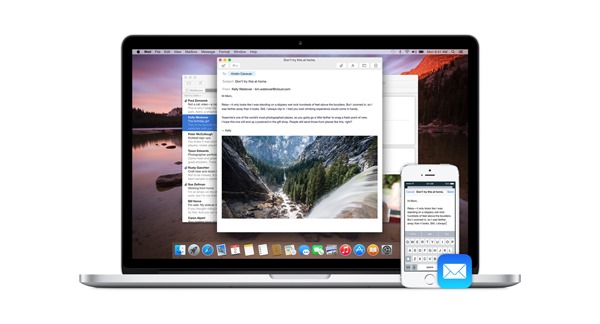 The report is theoretical, and rather than casting aspersions, merely suggests that some older Macs, along with the iPad 2, mightn’t be able to enjoy every aspect of the fluid Continuity experience thanks to the absence of Bluetooth LE.

Handoff, which is a major part of Continuity that allows a user to start a project on Mac and continue on the iPad, iPod touch or iPhone (and vice-versa), is a great idea that should considerably enhance productivity. But given that Handoff does not function as a polished product in the Developer Preview of OS X Yosemite, it’s clear that Apple is still working on the feature, and as Apfeleimer points out, Bluetooth 4.0 as a prerequisite could throw a real spanner in the works.

While devices like the Retina MacBook Pro would be completely safe thanks to the integration of the more advanced standard of Bluetooth from the get-go, the Mac Pro preceding the just-updated trash-can model, for example, would be left behind in this regard. 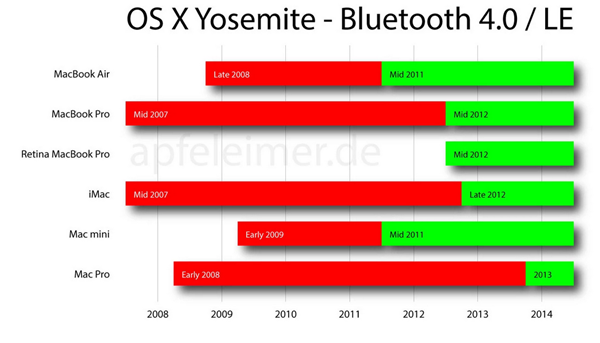 The complete list of Macs that are supported are as follows:

Just how Apple plans to bring Continuity to the table has yet to be fully established, and as such, we’re not panicking for these older models just yet. However, it’s interesting food for thought, particularly given that Continuity is supposed to be a marquee feature of Yosemite in particular, and we’ll be on the lookout for any further clues as the beta release cycle of Yosemite and iOS 8 proceeds.

(Source: Apfeleimer [Google Translate]) Thanks, Stefan for the hat tip!